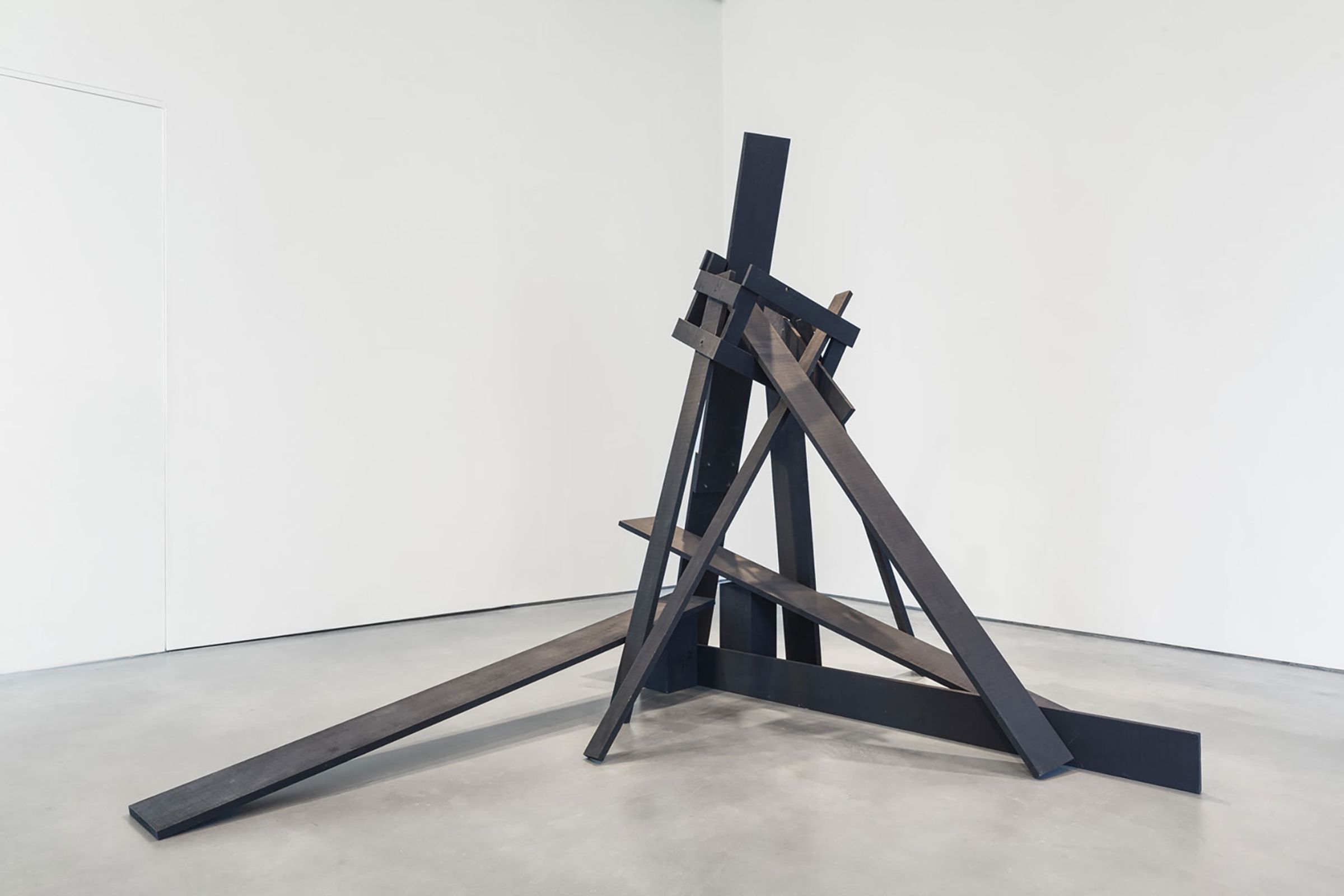 In Japan, Yoshishige Saito (b. 1904, Tokyo, Japan; d. 2001, Tokyo, Japan) is known as one of the great abstract sculptors of the twentieth century. While Surrealism was the dominant trend amongst the Japanese avant-garde art circles of this time, Saito persisted in producing structural, abstract works.

During the Second World War most of his works were lost or destroyed, but Saito continued his work as an artist. After a period of exploring abstract painting, he returned to sculpture, producing large-scale sculptural installations using wooden planks painted with black lacquer.

Never having attended art school, Saito was inspired to become an artist after seeing an exhibition of Russian avant-garde art in Tokyo. Particularly drawn to Constructivism, he developed his own style of plywood relief sculptures, and achieved a post-war comeback after receiving Japan’s prestigious “New Artist’s Prize” in 1957. He launched onto the international scene after receiving honorable mention for the 1960 Guggenheim International Prize (won by Karel Appel that year) and went on to show at Venice and São Paulo Biennales. He has been the subject of numerous museum shows. A retrospective of his work was held in 2003-2004, traveling to the Iwate Museum of Art, the Chiba City Museum of Art, the Shimane Art Museum, and The Museum of Modern Art, Toyama.