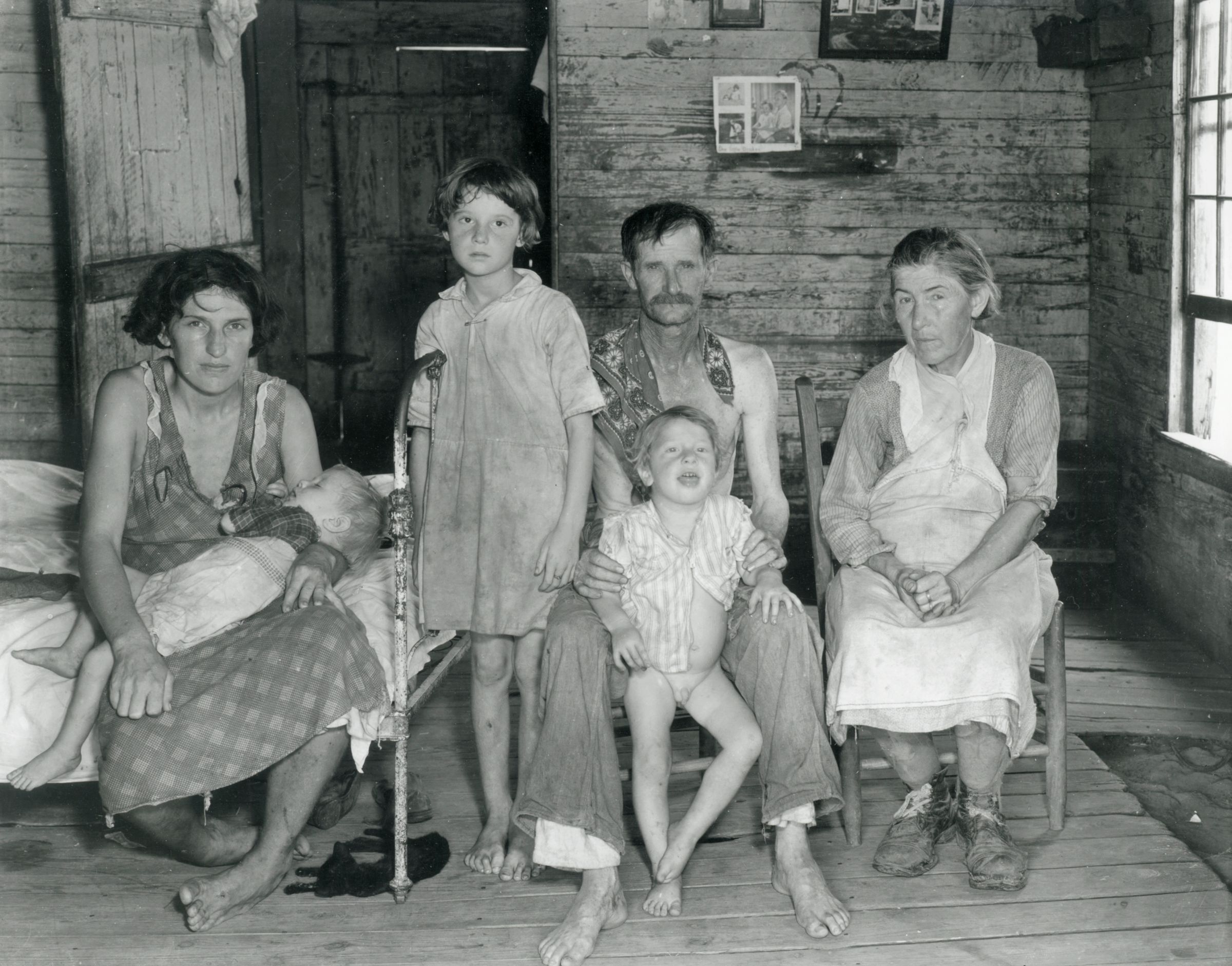 Walker Evans (b. 1903, St. Louis, Missouri; d. 1975) was one of the most influential artists of the twentieth century. His elegant, crystal-clear photographs and articulate publications have inspired several generations of artists, from Helen Levitt and Robert Frank to Diane Arbus and Lee Friedlander. The progenitor of the documentary tradition in American photography, Evans had the extraordinary ability to see the present as if it were already the past, and to translate that knowledge and historically inflected vision into an enduring art. His principal subject was the vernacular—the indigenous expressions of a people found in roadside stands, cheap cafés, advertisements, simple bedrooms, and small-town main streets. For fifty years, from the late 1920s to the early 1970s, Evans recorded the American scene with the nuance of a poet and the precision of a surgeon, creating an encyclopedic visual catalogue of modern America in the making.

Born in 1903 in St. Louis, Missouri, Evans dabbled with painting as a child, collected picture postcards, and made snapshots of his family and friends with a small. After a year at Williams College, he quit school and moved to New York City, finding work in bookstores and at the New York Public Library. In 1927, after a year in Paris polishing his French and writing short stories and nonfiction essays, Evans returned to New York intent on becoming a writer. However, he also took up the camera and gradually redirected his aesthetic impulses to bring the strategies of literature—lyricism, irony, incisive description, and narrative structure into the medium of photography.

Five years later, though self-taught in photography, Evans was the subject of a solo exhibition at the Museum of Modern Art. Evans worked for the Farm Security Administration from 1935 to 1937, during which time he made many of the photographs for Walker Evans: American Photographs, an exhibition and publication organized by the Museum of Modern Art in 1938. In 1936 he took a leave from the FSA in order to document the living conditions of Alabama sharecropper families as part of a collaborative project with writer James Agee. The results were published in 1941 as Let Us Now Praise Famous Men, with text by Agee and photographs by Evans.

Evans received three Guggenheim Fellowships and was a member of the National Institute of Arts and Letters. Between 1943 and 1965, he worked as a staff photographer for Time and Fortune magazines. After retiring from professional photography in 1965, he taught graphic arts at Yale. He remained in the position until 1974, a year before his death.

Evans’s last great exhibition before his death was in the Museum of Modern Art in New York (MoMA), in 1971. The exhibition was curated by John Szarkowski, in collaboration with Evans, and comprised of 202 small silver-gelatin prints and 13 large photo-murals (large prints mounted on panel).

The Museum of Fine Arts, Boston