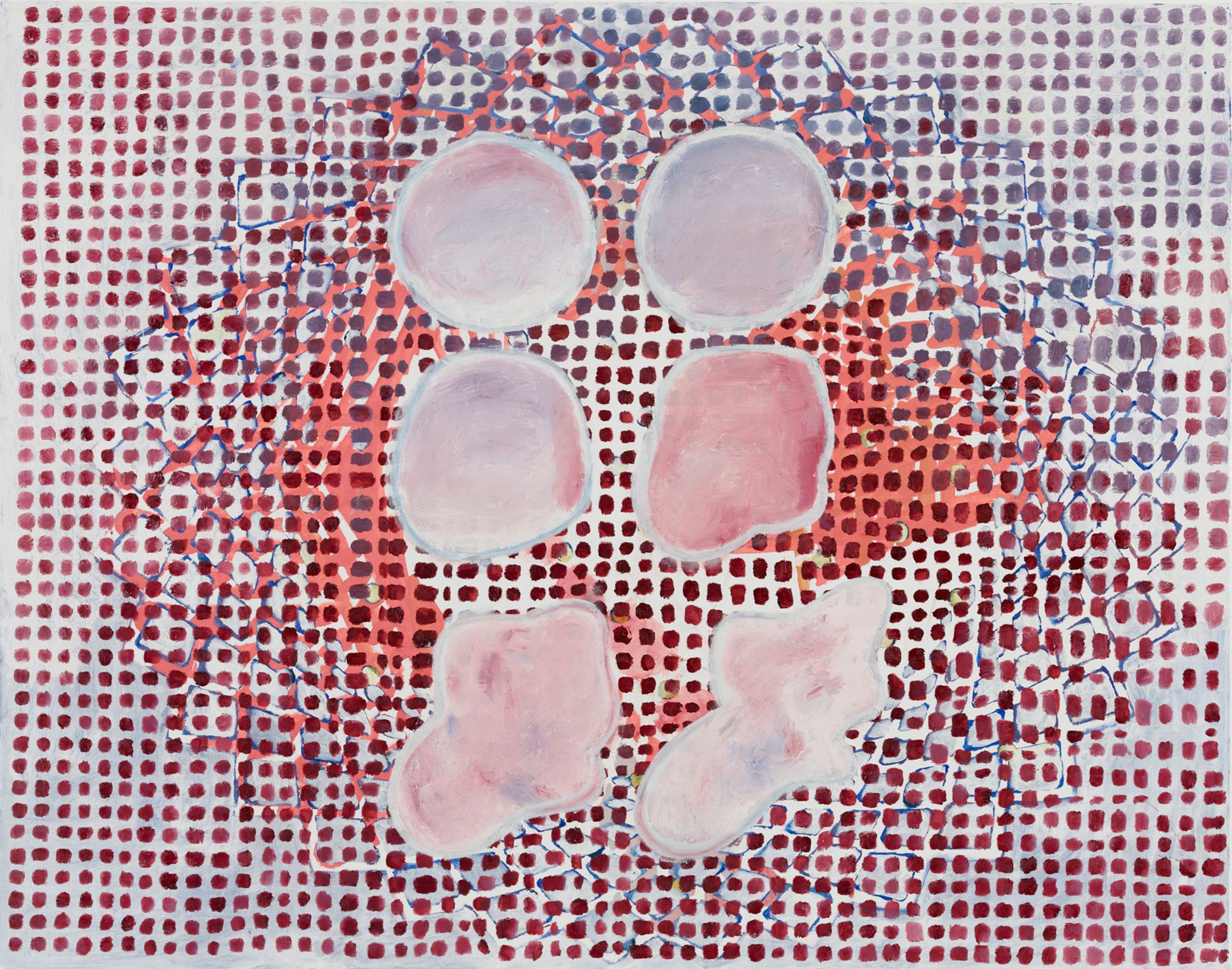 Terry Winters’s (b. 1949, Brooklyn, New York) art is often seen in relation to 1980s’ Expressionist painting, descending from European Modernism and the New York School. What characterises Winters’ recent paintings is their underlying abstract structure, which is combined with a painterly figuration. In the paintings from the Clocks and Clouds series, Winters’ interest in mathematical visualisation and the development of an abstract and emergent pictorial language is evident. The title refers to the essay “Of Clocks and Clouds” by the philosopher Karl Popper (1902-94). Popper divides phenomena into two categories – those with precise mechanisms (clocks) and those with random or unpredictable behaviours (clouds). Winters is here also inspired by the composer György Ligeti, whose specific shapes of rhythm and harmony often change into diffuse sound textures, and vice versa.

Winters graduated from Pratt Institute in Brooklyn in 1971. His first solo show was at Sonnabend Gallery in 1982. Since then he has had solo exhibitions at, amongst other museums, Tate Gallery in London (1986); The Museum of Contemporary Art in Los Angeles and Whitney Museum of American Art in New York (1991-92); Victoria and Albert Museum in London and Whitechapel Art Gallery in London (1998); Kunsthalle Basel (2000); The Metropolitan Museum of Art in New York (2001); Pinakothek der Moderne in Munich (2003) and Irish Museum of Modern Art in Dublin (2009). Winters lives and works in New York City and in Colombia County, New York.