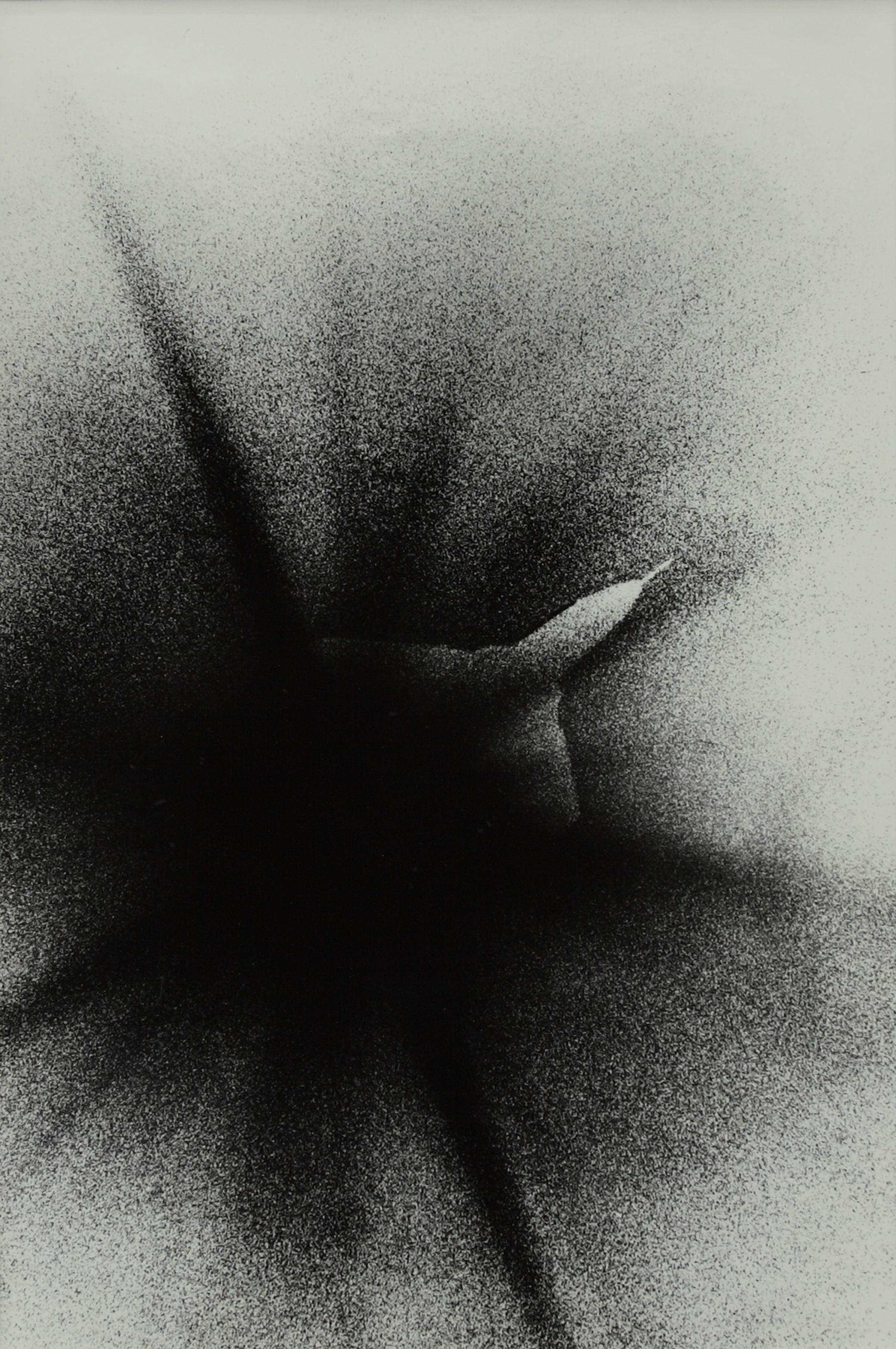 For over 50 years Shomei Tomatsu (b. 1930, Nagoya, Japan; d. 2012) documented Japan with his personal and characteristic expression. Tomatsu has been of great importance for Japanese photography in the Post-War period, and has had an appreciable significance in the documentation of the War’s aftereffects on Japanese society. Despite Tomatsu’s many pictures documenting contemporaneous society and history, his expression is not typically documentary. Contrasts between light and shadow give his motives drama and tension. Tomatsu’s pictures can seem abstract and to be filled with an underlying symbolism. The frames and motives are often unexpected or atypical in comparison to classical documentary photography.

While a student in the 1950s, Tomatsu worked as a photographer for different Japanese magazines, founding Vivo, the photography cooperative In 1959 where the members worked to confront and showcase the changes that were taking place in modern Japanese society. Vivo came to an end in 1961, at which point Tomatsu had been hired to photograph for the Japan Council Against A and H Bombs, as part of the Council’s campaigns. In the years that followed, Tomatsu continued to be interested in the rapid changes in society and the dynamic that characterised the Japanese cityscape after the War. Based in Nagasaki, he documented the people, events and objects that crossed his path.

Over the last decade, Western interest in Tomatsu’s photographs has materialised with exhibitions such as Skin of the Nation, a large retrospective organised by San Francisco MOMA, which travelled to The Corcoran Gallery of Art, Washington, DC, the Japan Society in New York and the Fotomuseum Winterthur in Switzerland. On occasion of this exhibition, a comprehensive book about Tomatsu’s art and oeuvre was published in English for the first time. The critically acclaimed exhibition Everything Was Moving at the Barbican Art Gallery in London placed Tomatsu in relation to other international artists and the number of ways 1960s and -70s photography documented historical events. Tomatsu is also one of the most prominent figures in the exhibition Tokyo 1955-1970: A New Avant- Garde, which was on display at the Museum of Modern Art, New York, February 2013.