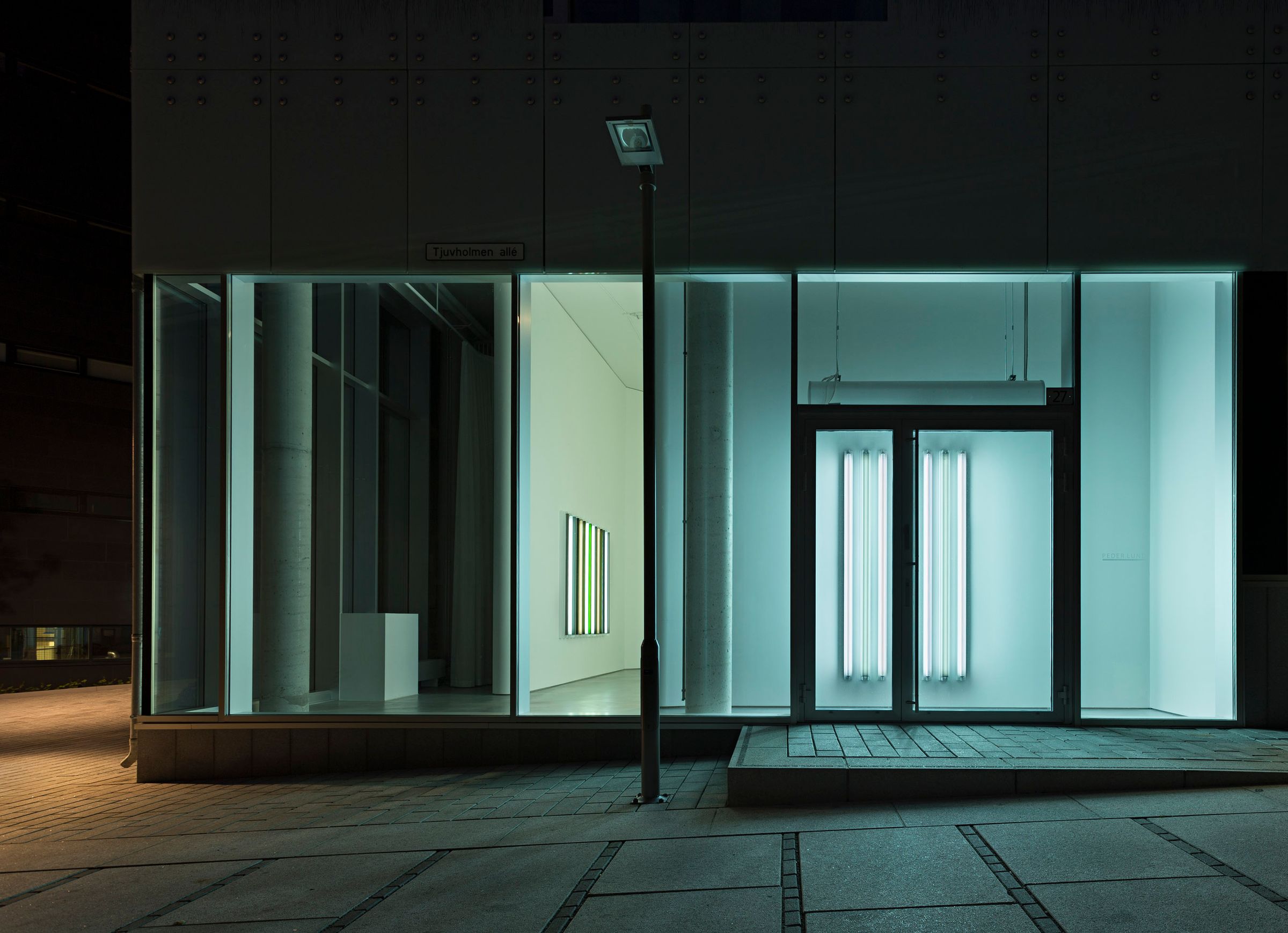 Robert Irwin (b. 1928, Long Beach, California) has for the past six decades positioned himself as one of the world’s most influential and central contemporary artists. Irwin started his career in the late 1950s, painting hand-held objects in dialogue with Abstract Expressionism. Unwilling to confine to what had already been done in the history of art, he began experimenting with materials in the 1960s. Irwin threw himself into studies of philosophy and art history and theory, introducing works that intellectually explored the interaction between artwork and beholder, through site-specific installations. He became a legend on the West Coast art scene as he pioneered the L.A.-based “Light and Space” movement in the 1960s, underlining the contextual experience with art, and the artwork’s existence in the real world. Since 1975, Irwin has installed more than fifty site-conditional projects in rooms, gardens, parks, museums, and other various urban locations. His light installations confront the viewer to be in direct dialogue with the work in its particular environment, and with the physical environment directly, in the process breaking down the limits of the framed artwork. This theoretical introduction of the experience and perception of a work of art, is what Irwin has termed “conditional art,” a philosophical position he has explored both through installations and writing.

Robert Irwin was awarded a John Simon Guggenheim Fellowship from 1976-77 and a National Endowment for the Arts’ Artist Grant in 1978. He was the first artist to be awarded the John D. and Catherine T. MacArthur Fellowship from 1984-89, and has received Honorary Doctorates from a number of universities and art institutes. He has lectured at distinguished institutions such as The Metropolitan Museum of Art and Harvard University. Irwin became an elected member of the American Academy of Arts and Letters in 2007.