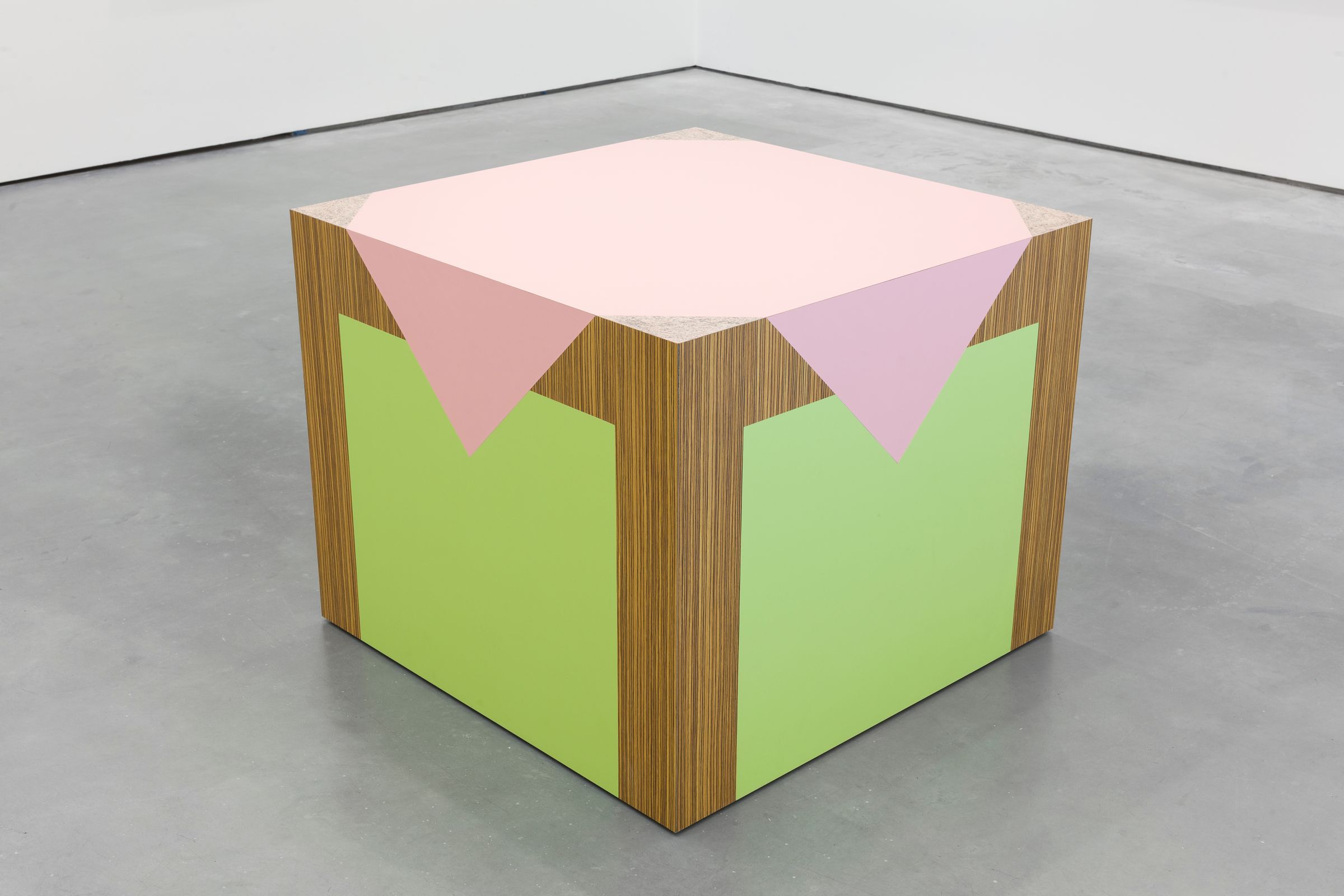 Richard Artschwager (b. 1923, Washington, D.C.; d. 2013) challenged assumptions about perception, and the aesthetic, material and spatial experience of art and everyday objects. Well ahead of his time, he investigated how media culture and the search for something more real has created disengagement between our social and physical experience of space, and he began to conflate the world of images with the tactile world of objects.

Artschwager’s voracious commitment to looking as a means of valuing the world is what motivated his practice as an artist for over half a century and led him to play with the materiality of his artworks. He began to explore with the viewer’s experience through material incongruities using industrial building materials and unexpected interventions of line and colour. Simple blocks of wood and Formica evoke the elemental forms of objects like tables, chairs, mirrors or pianos, but with a delineated and disrupted perception of depth and surface.

Richard Artschwager studied chemistry, biology, and mathematics at Cornell University, and later informal art studies under the pioneering abstract painter Amedée Ozenfant in New York. In the early 1950s he became involved in cabinet making, producing simple pieces of custom-made furniture, returning to art in the late 1950s. His work has been the subject of many important surveys, including two at the Whitney Museum of American Art, New York (1988 and 2012-13). Richard Artschwager!, travelled to the Hammer Museum, Los Angeles; Haus der Kunst, Munich; and Monaco National Musée Nouveau. Artschwager is represented in numerous museum collections worldwide, including the Museum of Modern Art, New York; the Art Institute of Chicago; and Tate Modern, London. His final project was to design the interior of the elevators in the Whitney Museum of American Art’s new building (Six in Four, 2012-15).