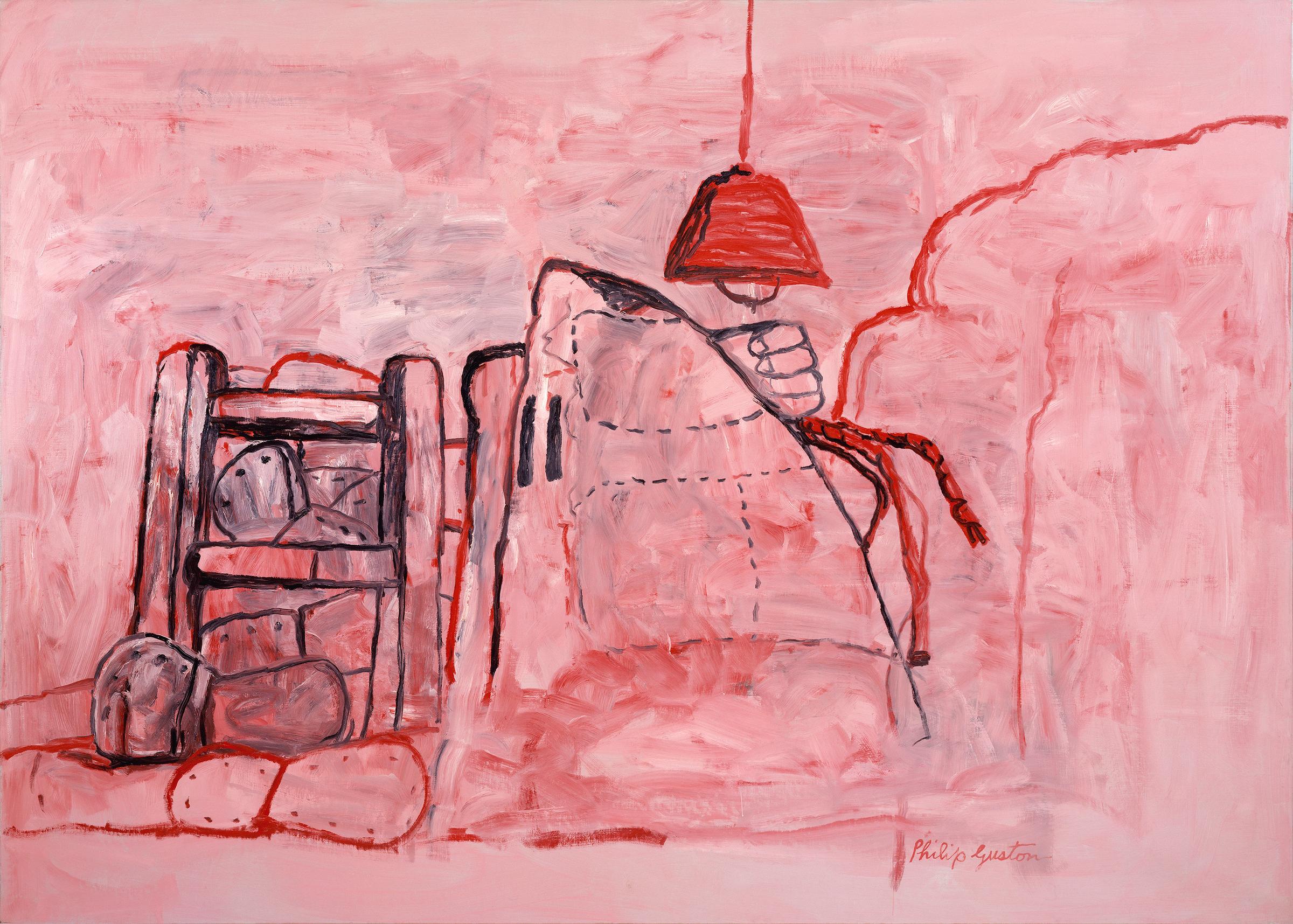 Philip Guston (b. Philip Goldstein, 1913, Montreal, Canada; d. 1980) was born as the youngest son of Ukrainian-Jewish immigrants, who had fled the pogroms in Odessa, Ukraine. The family relocated to Los Angeles in 1919, and Guston began to draw at the age of 14. He earned a scholarship from the Otis Art Institute in 1930, but left the art school after three months and set out as an autodidactic painter, before travelling to Mexico in 1934, where he got involved with the Mexican Mural Movement. Returning to America, Guston left Los Angeles for New York in 1936 and joined the Work Progress Administration’s Federal Art Project (1935-43), the visual arts initiative of Franklin D. Roosevelt’s New Deal programme, for which Guston made a number of murals on public buildings. A fascination with Italian Medieval and Renaissance artists came to influence Guston’s murals, and the painter further explored this interest when he travelled across Italy, Spain and France between 1948 and 1949. This fascination endured throughout Guston’s oeuvre and came to play a significant part in his late, figurative works.

Guston relocated to the remote Woodstock in upstate New York in 1967, where he frequented other artists and poets and further developed his interest in Renaissance art, as well as the work of painters such as Pablo Picasso, Giorgio de Chirico and Max Beckmann. These influences now stood alongside an attraction to cartoons and comic strips – the work of the cartoonist George Herriman in particular. Cartoon-like figures and recurring themes such as soles or piles of shoes, people’s heads, boxy cars, self-portraits of the artist smoking, and anthropomorphic figures that Guston called “Hoods” (a reference to Ku Klux Klansmen) began to appear in his work, and the blocky shapes and open brushwork seen in his non-figurative period had now become caricatured humans and objects. Guston’s late paintings have had an unprecedented impact on artists working from the 1980s and up until the present and have earned Guston the standing as one of the most important painters that reintroduced figuration into painting in the second half of the 20th Century.

The Waterlilies: American Abstract Painting and the Last Monet

Living with art: Picasso to Celmins