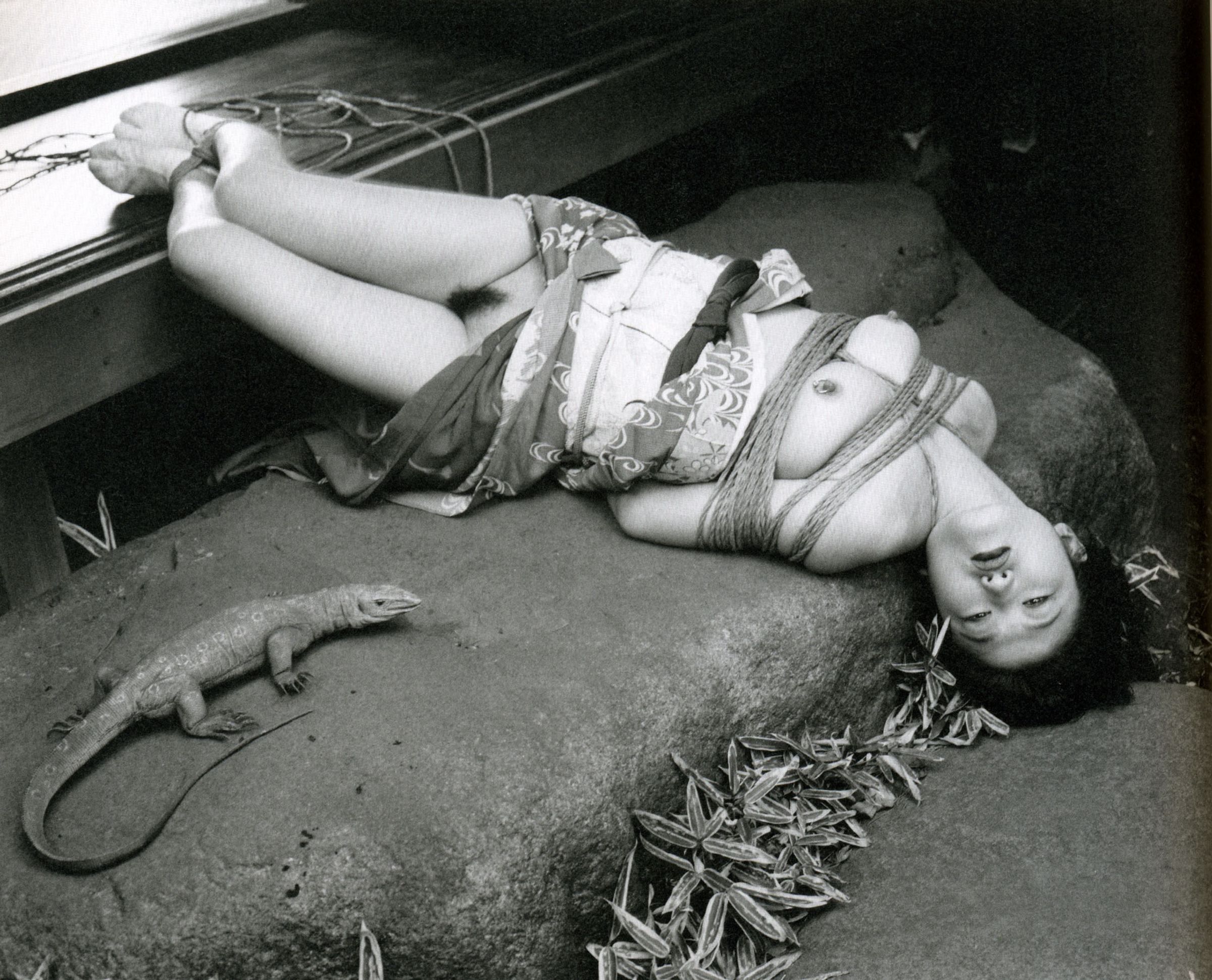 With a career spanning six decades, Nobuyoshi Araki (1940- ) is one of the most prolific photographers of all time, having published over 450 books and exhibited in over 280 solo exhibitions worldwide. He first became known for his photographs of women bound according to the ancestral rules of Japanese bondage (Kinbaku), and has continued to develop imagery around a central theme in his work – Eros and thanatos (sex and death). His most visited motifs include naked women, female genitalia, flowers, food, his cat, faces and Tokyo street scenes.

Araki studied photography at Chiba University’s Department of Photography, Painting and Engineering (1959-63) with a focus on film and photography. His project Satchin earned him the prestigious Taiyo Award in 1964, shortly after he had joined the advertising agency Dentsu, where he worked until 1972. At Dentsu, he met his future wife Yōko Araki, whom he photographed abundantly before her death in 1990. The publication Sentimental Journey (1971), consists of photographs taken while on their honeymoon, and Winter Journey (1991), features images taken during Yōko’s final days. These publications made him internationally renowned as a diarist and documentarist of everyday life.

Araki has been active in publishing, photography and filmmaking since his first solo exhibition at Shinjuku Station Gallery in Tokyo in 1965. More recent solo exhibitions include Araki, Musée Guimet, Paris (2016); Ojo Shashu – Photography for the After Life: Eastern Sky, qARADISE, Shiseido Gallery, Tokyo (2015, travelled to Niigata City Art Museum; Toyota Municipal Museum of Art); Ojo Shashu – Photography for the After Life: Alluring Hell, Foam, Amsterdam (2014); The Faces of Japan, Project HIROSHIMA by Nobuyoshi Araki, Hiroshima City Museum of Contemporary Art (2009); and Self•Life•Death, Barbican Art Gallery, London (2006). His work is represented in many of the most significant public and private collections worldwide, including Centre Pompidou, Paris; Fotomuseum Winterthur; Museum of Contemporary Art, Tokyo; San Francisco Museum of Modern Art; Sammlung Hoffmann, Berlin; Stedelijk Museum, Amsterdam; Tate Modern, London; The Museum of Contemporary Art, Los Angeles; and The Museum of Modern Art, New York. He was a recipient of the Austrian Decoration of Honor for Science and Arts (Austrian Embassy, 2008) and the 54th Mainichi Art Award (2012). Araki lives and works in Tokyo.