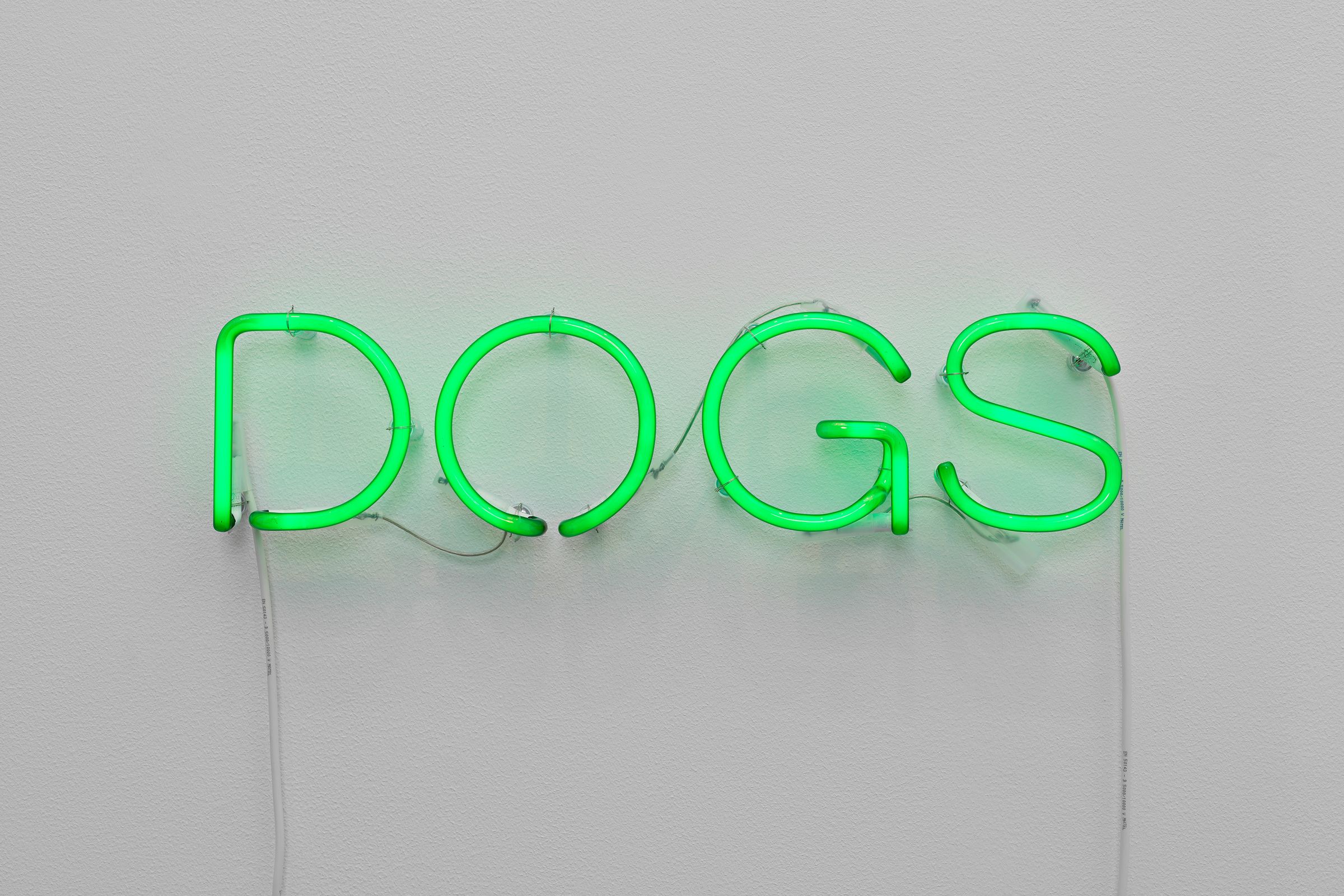 Martin Creed (b. 1964, Wakefield, England) has embraced a variety of techniques including sculpture, painting, neon, writing, film, installation, music, dance and performance. His pieces range from compositions for symphony orchestra to architectural commissions, public monuments and dance performances. He often works directly in the gallery or museum space before an exhibition, presenting his art not as a defined concept, but as something immediate, creative, live and participatory.

Creed is known for his instinct for making a large impact through minimal interventions in his environment and as a master of the overlooked moment. He exploits existing objects and situations by letting them speak for themselves – a crumpled ball of A4 paper, a stack of tiles piled on the floor, a wedged doorstop allowing a door to open only 45 degrees, or neons spelling out simple words and phrases such as “THINGS” or “EVERYTHING IS GOING TO BE ALRIGHT”. In 2001, he won the Turner Prize for Work No. 227 The lights going on and off (2000), an empty room in which the lights turn on and off at five-second intervals. Creed also explores the limits of objects. Tables, chairs or plants might be brought together and organised according to size, height or tone, or the pre-defined limit of a product might be highlighted by creating serial works determined by the availability of the product from a manufacturer or stockist. Examples being the artist’s series of paintings of the same motif in different colours determined by the choice of colours in a particular range of paint, or the brush strokes in his stack paintings (horizontal brushstrokes stacked on top of one another) that are determined by the size of the brushes in a given pack.