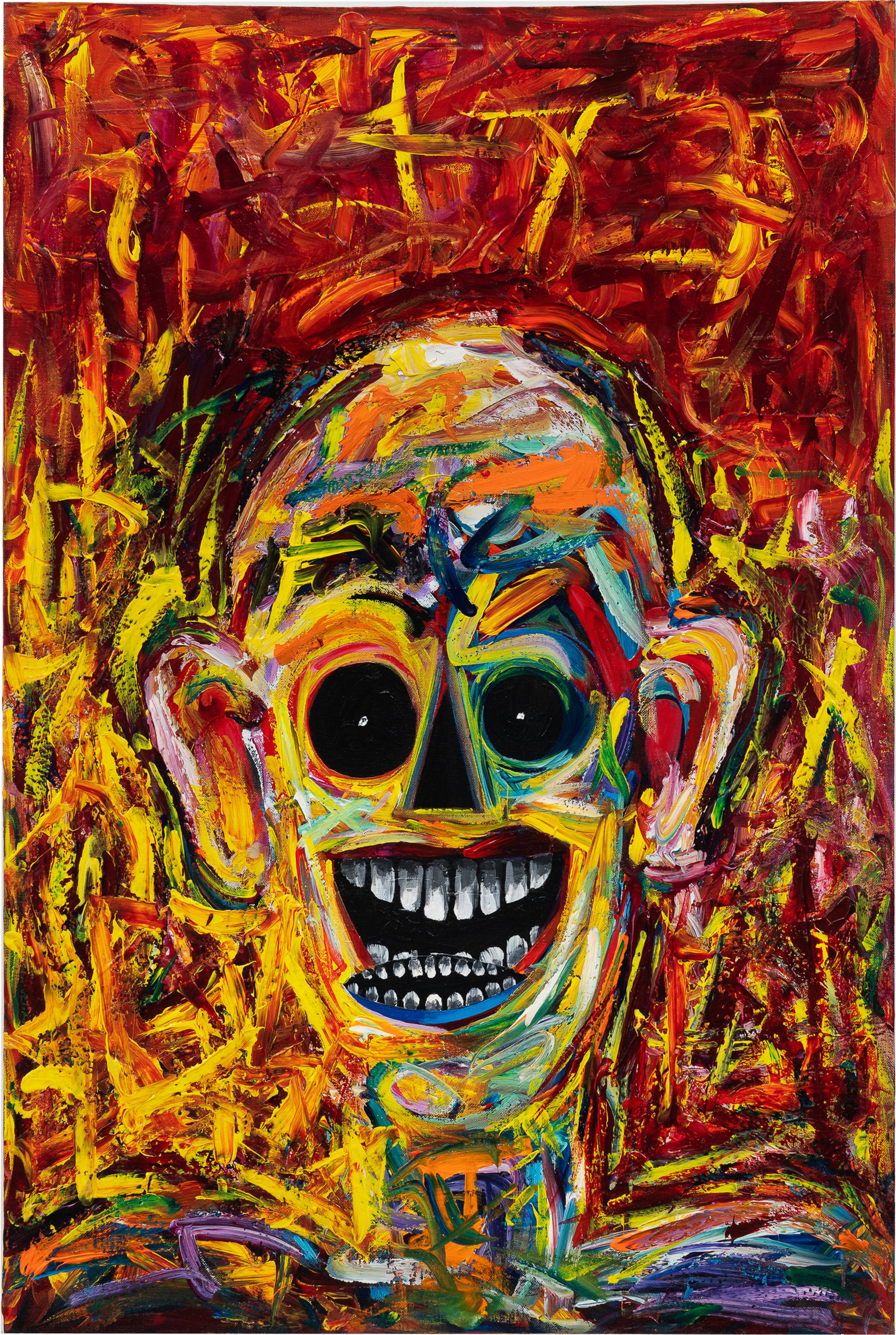 Lucas Samaras (b. 1936, Kastoria, Macedonia, Greece), the vastly productive sculptor, photographer, painter, filmmaker, writer and performance artist has worked in such diverse materials as Polaroid film, acrylic and oil paint, pastel, aluminium, bronze, clay, fabric, precious metals and stones, razor blades and pins. Across this large variety of media he has mastered to maintain a distinctively characteristic stylistic expression over the past six decades, regardless of contemporaneous artistic tendencies.

In Samaras's work, there is a fusion between art and life, that is represented without veils. Almost all of his artistic career is introspective, autobiographical, and self-referential: from the time of his film Self (1969); his Autopolaroids (1970-71); his Photo-Transformations (1973-76); and his Sittings (1980), the presence of the artist is the leitmotif of his work. Samaras's self-involvement and eclectic output have made him an unusually elusive figure despite his fame, however, his work was and continues to be vastly influential to artists like Yayoi Kusama, Carl Andre, Franz West, and Felix Gonzalez-Torres. Since the tumultuous 1960s, when artists as disparate as Warhol and Robert Smithson helped broaden the boundaries of art by challenging its accepted hierarchies, the medium in which an artist chooses to work has seemed less important than what that artist makes of it. But while many artists of the last 50 years, from Robert Rauschenberg to Sherrie Levine, have worked in several mediums during their careers, Samaras is an extreme example of the contemporary tendency to play in many fields of expression at once. The riotous multiplicity of means he uses is not inconsequential, nor is it accidental. ''For Samaras, to be modern means to be hybrid: to recognize that there is no privileged style or medium among the many that constitute the affluence of modern art,'' the American art critic Donald Kuspit wrote in one of three essays found in the catalogue for the 1988 exhibition at the Smithsonian's National Museum of American Art, titled Lucas Samaras: Objects and Subjects, 1969-1986.

Polaroids from the 70s