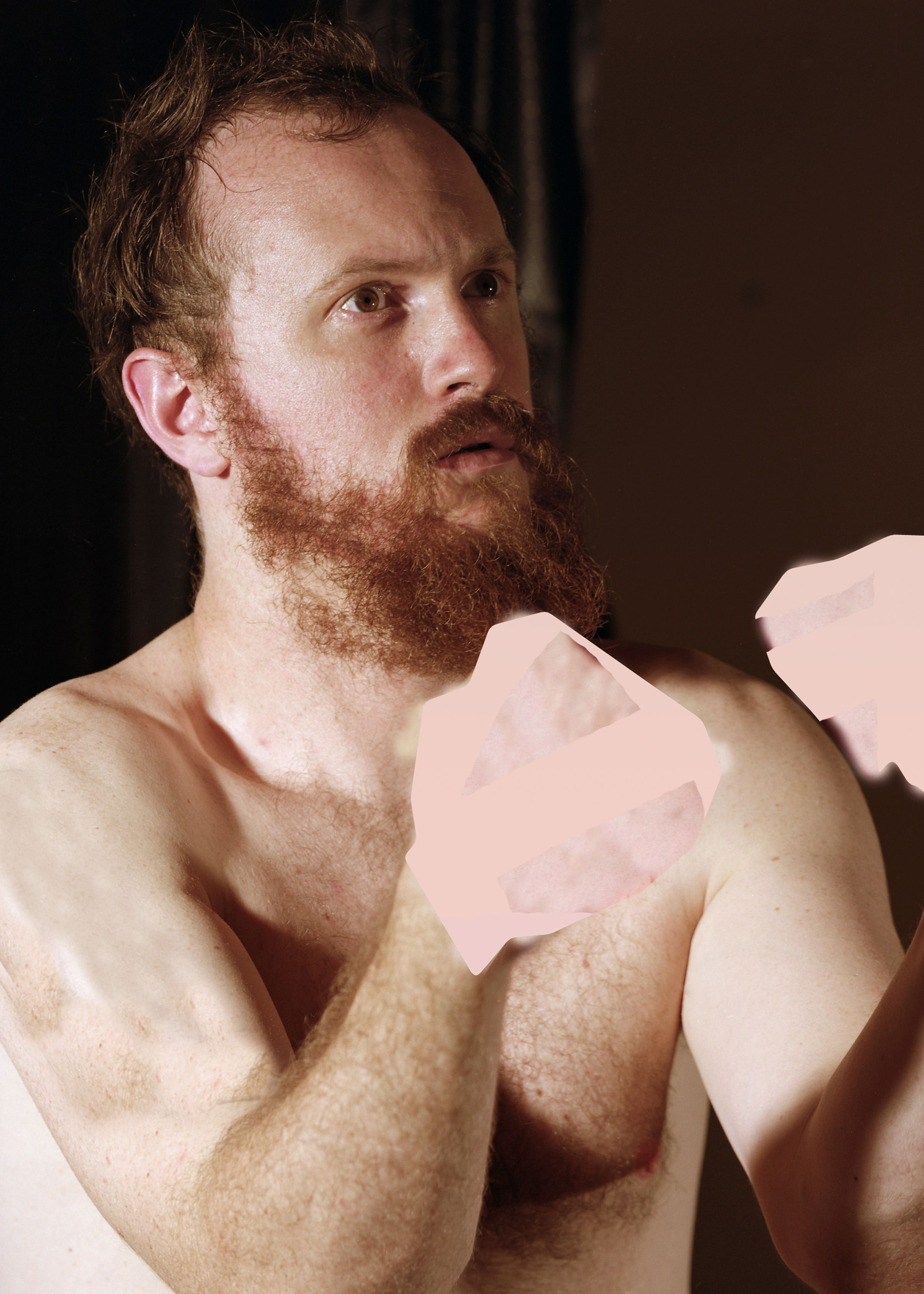 Lucas Blalock (b. 1987, Asheville, North Carolina) set out as a photographer in the 1990s, finding himself discontent with the quality of digital photography, deciding to continue to work with an analogue camera. He favoured the 4 x 5 format, and started scanning his pictures into Photoshop, where he post-produced them through colour spacing and by removing dust from the negatives. His subjects are cheap everyday materials bought at ¢99 stores, or found materials, which are set up as still-lives in his studio. He also produces portraits, and photographs familiar outdoors surroundings.

Central to Blalock’s practice are the theoretical questions that a new generation of photographers occupy themselves with. They contest what image making has become in an age of mass-produced images circulating online, particularly through social media, taken by anyone with their hands on a pocket-sized camera or a mobile phone. Similar to how fin-de-siècle artists began the long-lasting dialogue on the role of representation in the age of photography, this new generation of photographers reflects on how the medium of digital photography can separate the art photograph from that of amateurs through self-reflexivity. Likening his work to that of Bertholt Brecht, the 20th-century creator of Epic Theatre, Blalock is concerned with how art photography as a medium reveals how digital manipulation both alters and adds to reality by removing the photographed further and further away from the original. By using familiar objects, and digitally altering them through obvious manipulation, Blalock manifests photographers’ attempts to strip their subjects of their identity by moving the subject away from veracity. Both the photographing, and the subsequent work in Photoshop, is part of a machine, which Blalock calls the assisted camera. Both processes make up contemporary picturing, entailing that both the straight photograph, and its manipulated sibling, are means to represent and reflect on the world. Blalock’s work in Photoshop is poorly executed and not in the least satisfactory. In this way, he points to the changing role of the art image – no longer focused on the social commentary of the 20th Century – and instead adding to that reality it seems impossible to present through realism. The viewer is invited to reflect on his or her perception of the world and how it is conveyed through imagery.

Lucas Blalock lives and works in Los Angeles and New York. In 2013, Blalock graduated from UCLA with an MFA, studying under Catherine Opie. Recent exhibitions include the solo show Id, Ed, Ad, Od at RAMIKEN, New York (2013), the solo show Inside the White Cube at White Cube, London (2013), the group shows New Pictures of Common Objects at PS1 MoMA, New York (2013), Second Nature: Abstract Photography Then and Now at DeCordova Sculpture Park and Museum, Lincoln, MA (2012-13) and Towards a Warm Math, curated by Chris Wiley, at On Stellar Rays, New York (2012). Blalock’s work has been the subject of a number of articles in publications such as Aperture, The New York Times, Frieze, Mousse Magazine, British Journal of Photography, Art in America, ArtForum and The Wall Street Journal.