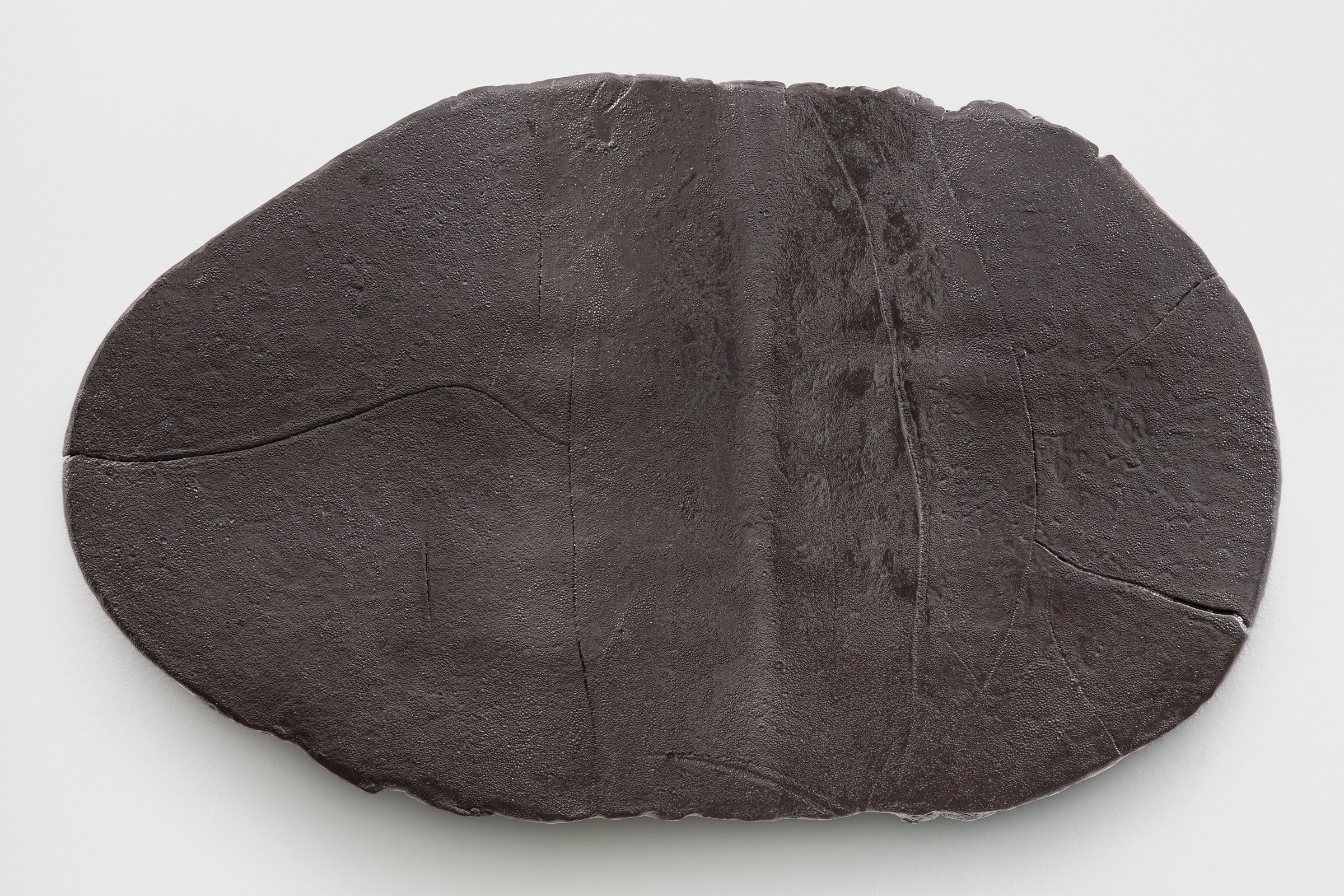 Since the 1980s, Larner has explored and expanded the possibilities of sculpture by combining geometric formalism with notions of movement and change. Her use of line, color, and shape work to modify and reinvent the formal language of Minimalism, producing new relationships between viewer, sculpture, and the surrounding environment. An inventor of new forms, Larner’s sculptures are not easy to categorize. Larner’s work evokes an exquisite tension through the use of unconventional materials, the manipulation of space, the presence of unexpected color, and the destabilization of monumentality and volume.

Working with both analog and digital tools, Larner’s materials change from work to work and can include fiberglass, crystals, paper, clay, aluminum, steel, rubber, epoxy, mirror, cloth, as well as champagne, caviar, sour cream, and even bacteria, as in her early work where Larner examined issues of transformation and decay in a series of petri dish cultures which she also documented through photography. Indeed an important example from Larner’s oeuvre, 1987’s Used to Do the Job, owned by The Museum of Contemporary Art, Los Angeles, appears at first to be a sculpture adhering to a Minimalist tradition: one wax cube sits atop of a sheet metal cube of roughly the same size. It is only upon a careful reading of the work’s label that it is revealed that the wax cube contains all of the ingredients that comprise a bomb – a makeup that has now made the work all but impossible to transport. Although in all practicalities, the work would not and cannot explode, there lies within it a powerful tension and subtle threat to any institution which houses the work.

In her work, Bird in Space from 1989, which was acquired by the Smithsonian American Art Museum, Larner wove two curving planes of fibers that define the space around them in different ways, depending on where the viewer stands. The tensile structure has no real weight or solid mass, however, a constant friction is maintained between the object and the space of presentation. The force of the object is such that if the tension of the fibers is too strong, it is possible to rip out and destroy that part of the building, while if the tension is too loose, the lines of the piece would droop causing a complete loss of buoyancy to the work. There is a perfect, tentative balance that must be achieved between what will hold the ropes tightly and what the institutional structure can handle to maintain that tension. A similar investigation into such tensions was explored by the artist in her work Chained Perspective: Reversed, Reflected, 1992 which was installed on the occassion of her survey exhibition in 2006 at Kunsthaus Graz.

Larner began including ceramic sculpture in her artistic practice in the late 1990s. During these early years, Larner was able to audit classes by Ken Price (1935-2012), a revered Los Angeles sculptor whom Larner had long-admired. Through his tutelage, Larner was able to explore slab building, glazing, firing, and the history of ceramics. Fascinated by the autonomy of this ancient medium, Larner experimented with various compositions and forms, pushing the limits of the material. In her work, Larner exploits the process of firing and glazing which, through each step, harbors a moment of unpredictability and chance that is significant for the final object. As Larner has remarked, “As I worked with different clays and ceramics more of the extreme malleability and ubiquity of it sunk in along with the sense that it comes from underground. It is such an old material and métier, it has so much history, but for me, it seems still wide open and very emotionally resonant in its more unperfected states.”