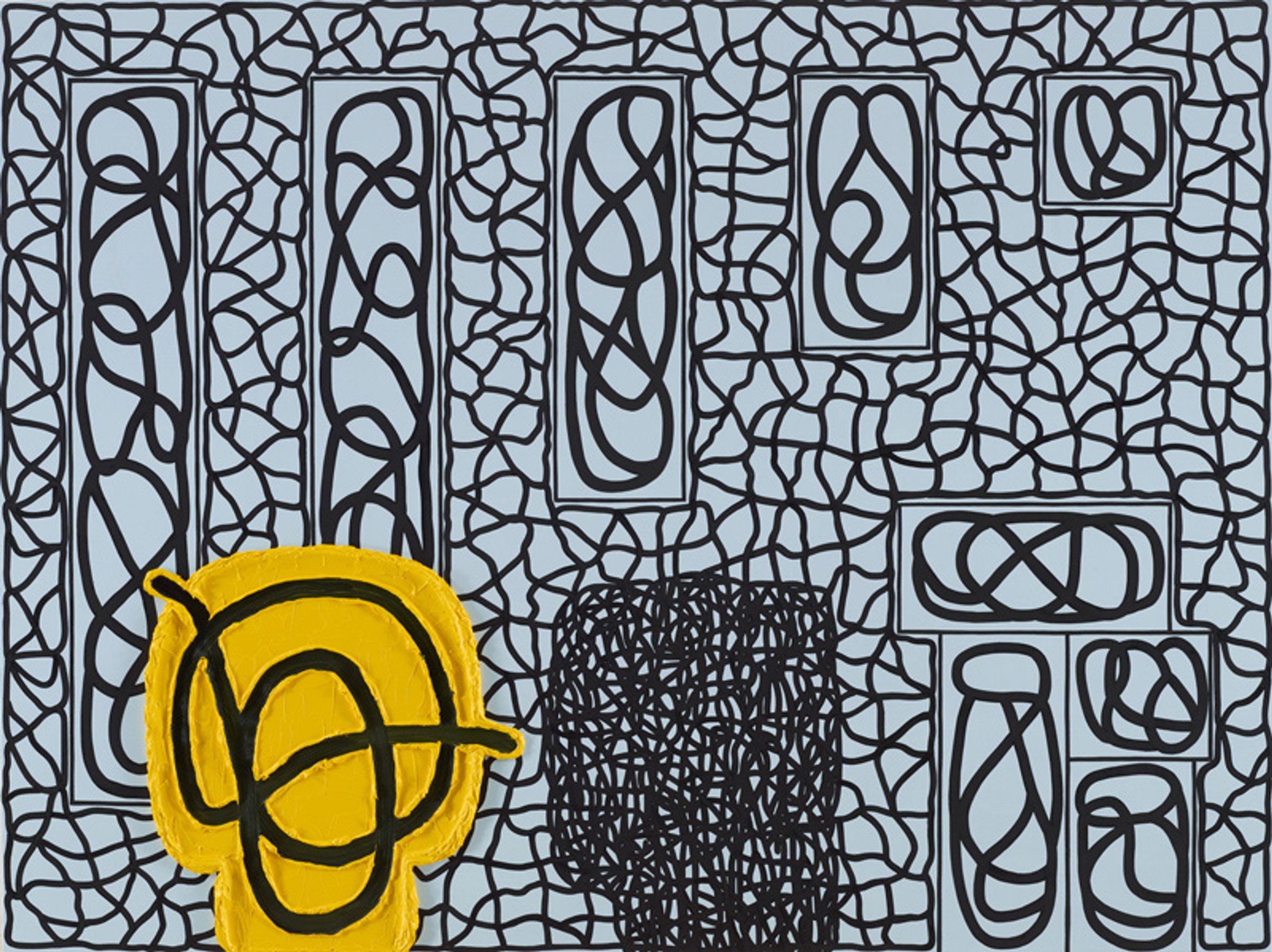 Jonathan Lasker ( b. 1948, Jersey City, New Jersey) attended the School of Visual Arts in New York in the mid-1970s before he enrolled at the California Institute of the Arts (CalArts) in 1977. The California-based art school, where the Professors John Baldessari and Michael Asher taught at the time Lasker attended, was a bulwark for Conceptual art, where the medium of painting was both discouraged and regarded to be dead. Ready to tackle this rejection of painting as a viable art form, Lasker re-introduced elements including figure / ground relationships and pictorial depth in his work. Lasker was inspired by highly individualist artists such as Jasper Johns and Robert Rauschenberg, in whose work he saw a distanced approach to mark-making, and also by the visiting Professors Susan Rothenberg and Richard Artschwager, who were interested in the re-introduction of image after Minimalism. Although Lasker did not fully reject the self-contingency of modern art, he rejected the reductionism of Greenbergian Formalists. Lasker began to find a way to synthesise objecthood and metaphor; and although this seems oxymoronic, Lasker has, through his individual technique and his paintings’ titles, successfully re-established painting’s relationship to both physical reality and metaphor.

Lasker’s thick and colourful impasto brushstrokes on flat monochrome backgrounds demonstrate his conscious approach to art through the inert quality of the brushstrokes. They ground Lasker’s works as real objects, and yet metaphorically re-introduce figure forms into abstract painting, as well as the symbol of picture making per se lost in Minimalist art. The conception of Lasker’s paintings is established in small oil studies, in which the painter’s creativity is formalised by combining colours, layers, figures and vacant space. These studies are later remade on large-scale canvases; but the preliminary works are never directly copied and Lasker allows himself to improvise throughout the entire working process.