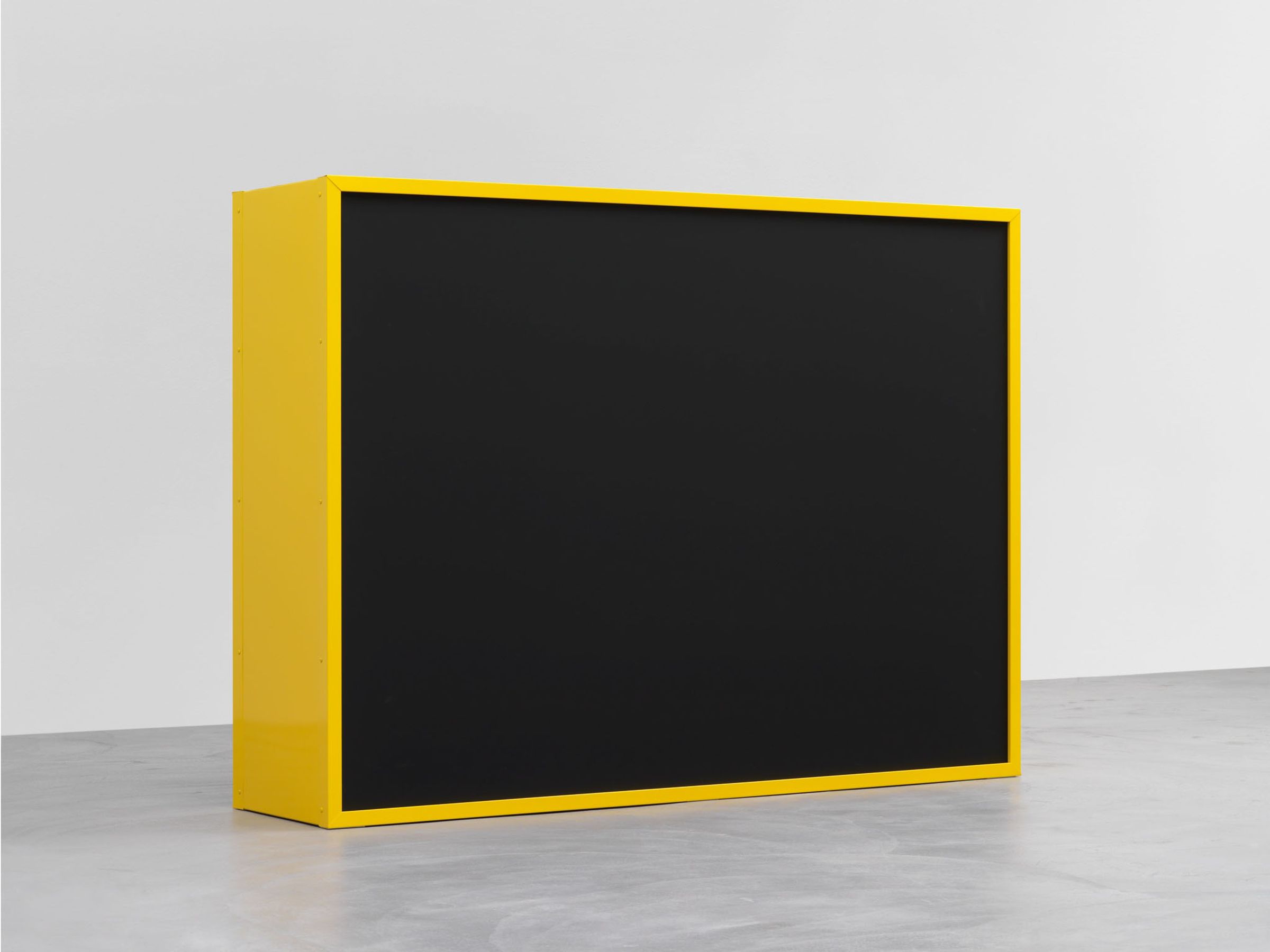 Joe Bradley (b. 1975, Kittery, Maine) shifts confidently through disparate styles and media: arranging monochrome paintings into Pac Man-like figures, scrawling primeval symbols on raw canvases, and painting large abstractions. More recently, he has included sculpture in his practice, presenting both figurative pieces in wood and bronze, and monumental, rectangular aluminium works in vibrant colours that can be shown both indoors and outdoors. Along the way, and across these expressions, Bradley has become one of the most closely watched artists of his generation.

Bradley was born in Kittery, Maine in 1975. After receiving his B.F.A. in painting at the Rhode Island School of Design in 1999, he moved to New York City. He continuously painted, and had his first solo show in Boston in 2002, where he exhibited landscape paintings. These were never straightforward landscapes, but sunsets and tropical scenes derived from found postcards that he would inject a bit of irony into, a cartoon-like feature that has remained in his work ever since. He quickly became a part of the New York art scene, and it did not take long before he was included in a number of solo and group exhibitions in the city.