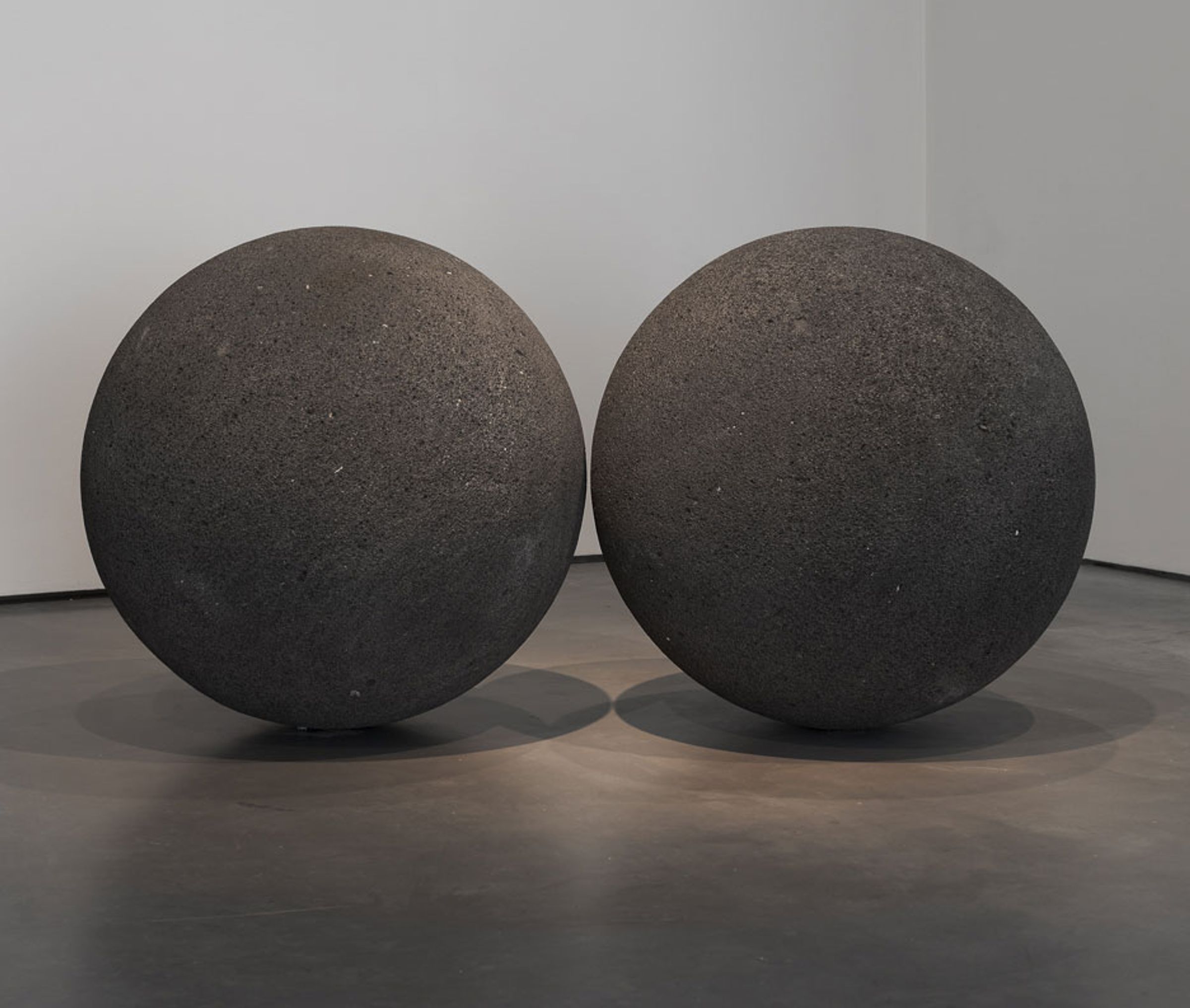 The performative events, sculptures, drawings, installations, and wearable art of James Lee Byars (b. 1932, Detroit, Michigan; d. 1997) has been widely exhibited internationally. Up until his death at the age of 65, Byars had remained in constant pursuit of the concept of perfection and truth.

Byars shaped his persona and career into a continuous performance in which his life and art merged. Through what he called “the first totally interrogative philosophy”, Byars attempted to make the limits of human knowledge visible, alleging that questions appeared to be the only possible knowledge and “the ultimate statement of reality”. Over the span of sixteen years, he sent hundreds of “letters” to various public figures as well as friends and acquaintances. His Star Letters consisted of impossibly long scrolls of illegible text, ornamented with stars. Byars’ reflections on death, another recurring topic in his art, emerge in one of the few performances documented on video titled The Perfect Epitaph. Here the artist is seen dressed in his usual gold-lamé suit slowly rolling a ball made of lava through the empty streets of Amsterdam.