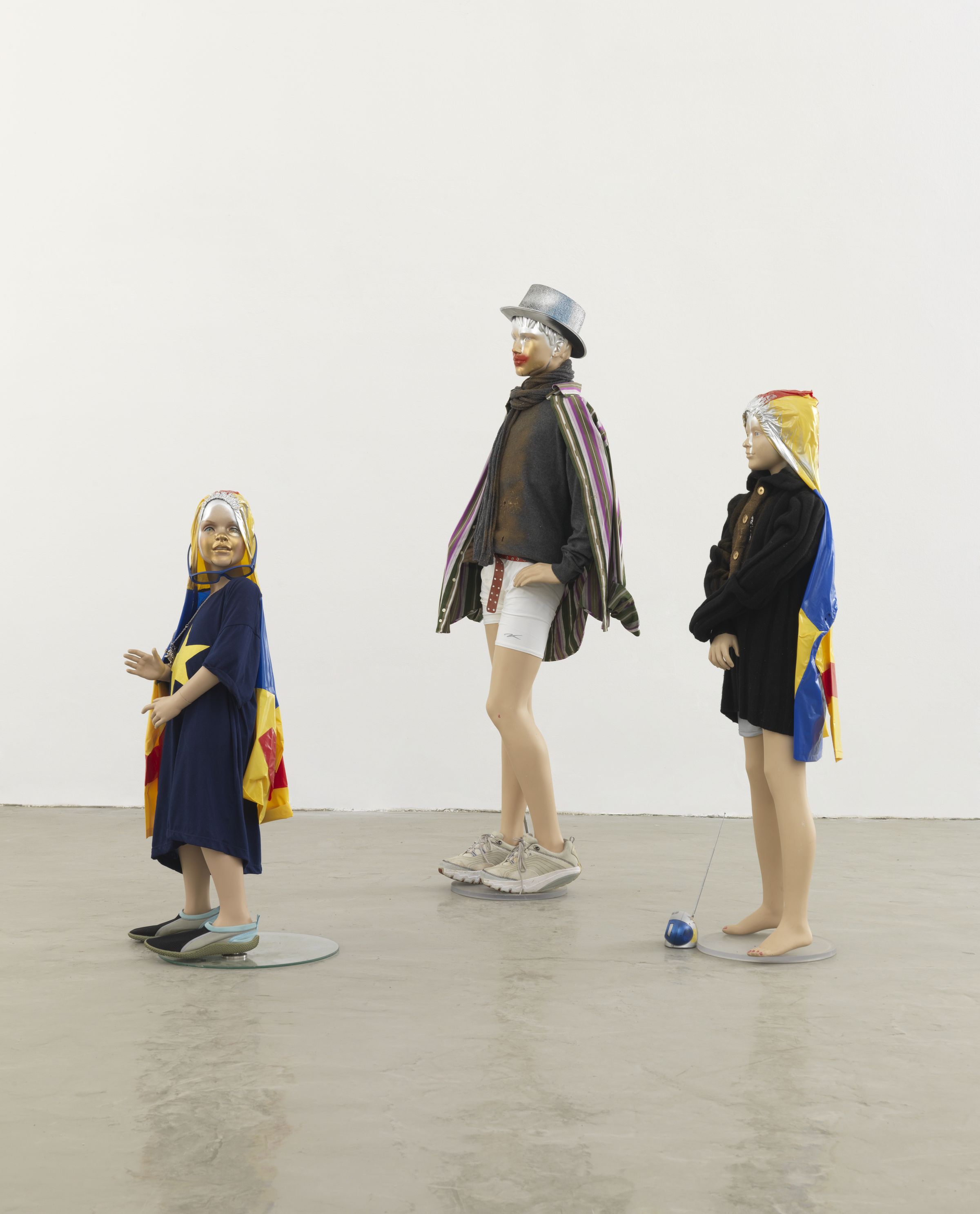 Isa Genzken was born in 1948 in Bad Oldesloe, a small town outside Hamburg, Germany. While studying at the renowned Kunstakademie in Düsseldorf in the 1970s, she created large-scale stereometric wooden floor sculptures, which gained her international acclaim early on. In the 1980s, she began making sculptures in plaster and concrete, which have a wide range of sizes – some are small maquettes, while others are monumental in scale. Later, her practice included also painting, and from the 1990s on, she started to experiment with architectural forms in several mediums such as collages, assemblages, and artist books. Genzken began exhibiting her work in 1976 when she was the youngest woman to have a solo presentation at the influential Konrad Fischer Galerie in Düsseldorf.

The most recent solo exhibition of her works opened this year at the Kunsthalle Bern in Switzerland. In 2015, the exhibition Isa Genzken. Mach dich hübsch! was first on view at the Stedelijk Museum, Amsterdam and travelled in 2016 to the Martin- Gropius-Bau, Berlin. In 2014, the exhibition I’m Isa Genzken, The Only Female Fool was displayed at the Kunsthalle Wien, Vienna. In the same year, Isa Genzken: New Works was presented at the Museum der Moderne Salzburg in Austria and subsequently travelled earlier that year to the Museum für Moderne Kunst (MMK), Frankfurt. In 2013, The Museum of Modern Art, New York organized Genzken’s first American museum survey, making it the most comprehensive presentation of her work to date, encompassing all media from the past forty years. The show travelled to the Museum of Contemporary Art Chicago and the Dallas Museum of Art in 2014. Her work has been the subject of major traveling museum surveys, including those organized by the Whitechapel Gallery, London, 2009 (travelled to Museum Ludwig, Cologne); Museum Abteiberg, Mönchengladbach, Germany, 2002 (travelled to Kunsthalle Zürich, Switzerland 2003); The Renaissance Society at the University of Chicago, 1992 (travelled to Portikus, Frankfurt, 1992; Palais des Beaux-Arts, Brussels; Städtisches Galerie im Lenbachhaus, Munich, both 1993). Other venues which have hosted important solo exhibitions include the Inverleith House, Royal Botanic Garden Edinburgh (2014); Museion, Bolzano, Italy (2010); Camden Arts Center, London; Galerie im Taxispalais, Innsbruck; Secession, Vienna (all 2006); Museum Ludwig, Cologne (2002, organized by the Gesellschaft für Moderne Kunst on the occasion of the artist receiving the Wolfgang Hahn Prize); and Kunstverein Braunschweig, Germany (2000). Additionally, her works have also been chosen repeatedly to be presented at the Venice Biennale (2015, 2007, 2003, 1993, and 1982) and she also took part three times at documenta (2002, 1992, and 1982) and the Skulptur Projekte Münster (2007, 1997, and 1987).

THE BRAIN, in Art & Science

Exhibitions to see in December