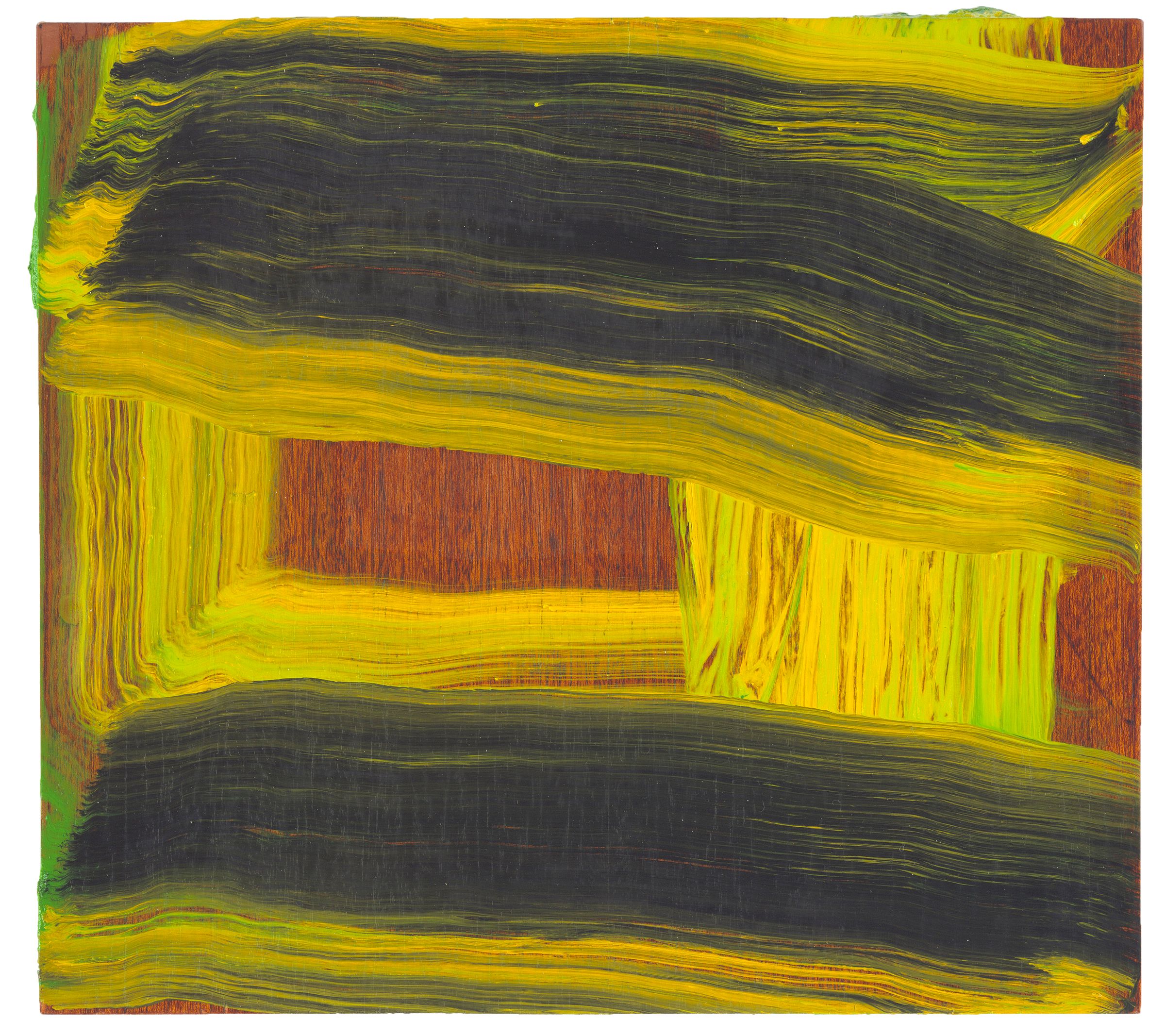 With his characteristic colour-vibrating and pastose paintings, Howard Hodgkin (b. 1932, London, England; d. 2017) was considered one of the most important living painters. A classic Hodgkin painting, of the kind that secured him international recognition in the 1980s, is relatively small, powerful, composed of dense brushstrokes and stippling, and saturated with intense, bright colours. Paintings from this period were the result of several decades of work with painting and graphics. According to Hodgkin, his paintings were representational, meaning that they are not non-figurative. These are paintings whose forms and colours refer to something beyond their mere presence on the wooden panels they are painted on. They represent, or correspond with, other paintings, and they correspond to emotions experienced in real situations and with memories of those. The paintings are concurrently in dialogue with contemporary art and art history. The freedom and naturalness that we observe in Hodgkin’s last pictures are the result of over sixty years of artistic practice.

Hodgkin received The Turner Prize in 1985, was knighted in 1992 and was made a Companion of Honour in 2003. His paintings have been exhibited at some of the most influential museum institutions in the world. In 2010-2011 the travelling exhibition Time and Place, 2001-2010 was shown at Modern Art Oxford, De Pont Museum of Contemporary Art in Tilburg and at the San Diego Museum of Art. In 2007, the exhibition Howard Hodgkin: Paintings 1992-2007 was shown at Yale Centre for British Art in New Haven and later at the Fitzwilliam Museum of the University of Cambridge. A large retrospective was held in 2006-2007 at the Irish Museum of Modern Art in Dublin, Tate Britain in London and at the Museo Nacional Centro de Arte Reina Sofia in Madrid. The Scottish National Gallery in Edinburgh exhibited Howard Hodgkin: Large Paintings in 2002 and in 1995 the Metropolitan Museum of Art in New York exhibited Howard Hodgkin: Paintings 1975-1995.