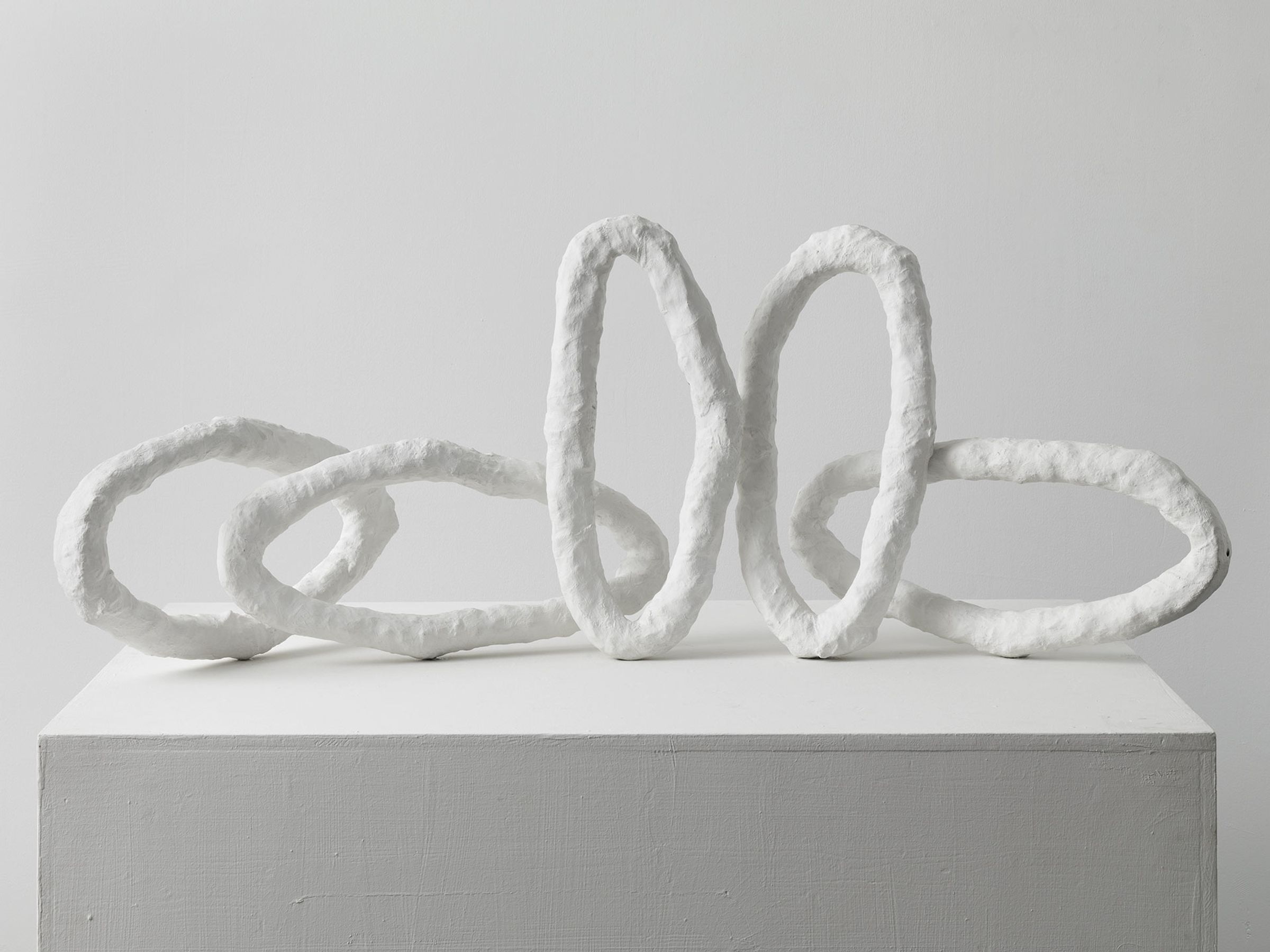 The Austrian sculptor Franz West (b. 1947 Vienna, Austria, d. 2012) began his artistic career in the aftermath of the neo-avant-garde and performance tradition of the 1960s. In his hometown Vienna, the Vienna actionists performed brutal happenings in the mid-1960s, as they tried to rid themselves of art’s media, and the material, technical and formal filter that they argued created a distance between art and life. They did so by using the body and objects from everyday life as their means of expression. West reacted to this by reworking impulses from contemporaneous American art on the boarder between happenings, junk sculpture and pop. Two of West’s obvious predecessors are Claes Oldenburg and Jim Dine, as well as Allan Kaprow’s sculptures and happenings, which are found to be an important tone-setting basis.

The forms in West’s sculptures, whether it is the early plaster-, wood- and metal sculptures he gives the generic term Paßstücke (in English: Adaptives or Fitting Pieces), or the more recent, painted, welded aluminium sculptures, seem like something in between the biological/ bodily and the quite random and strange. This ambiguity gives the works a tension that enriches their emotional register and potential for interpretation. In many of the Passstücke, a small fragment of applicability can be found, something that can be seen in sculptures such as the handle of a compass saw that sticks out of a rather shapeless lump of plaster (wherein the saw blade has been baked) or as two steel loops that are reminiscent of the handles on a handbag, where ”the bag” is a compact plaster form moulded at the bottom of a pot, but not to call it a large handbag, a lump of plaster, that occupies all free space. This is typical of both the historical avant-garde and the neo-avant-garde in its many occurrences the last 50 years – that an object’s utilitarian and beneficial aspect is discarded. Art becomes something that is meaningless for all practical purposes, by being completely without function.

Franz West has had numerous solo and group exhibitions, most recently a major survey exhibition opened at the Centre Georges Pompidou, Paris (2018) which will travel to the Tate Modern, London in 2019. His works are also included in numerous important institutional collections such as the Museum of Modern Art in New York, Museum Ludwig in Cologne, and MUMOK, Museum moderner Kunst Stiftung Ludwig, in the artist’s hometown of Vienna.