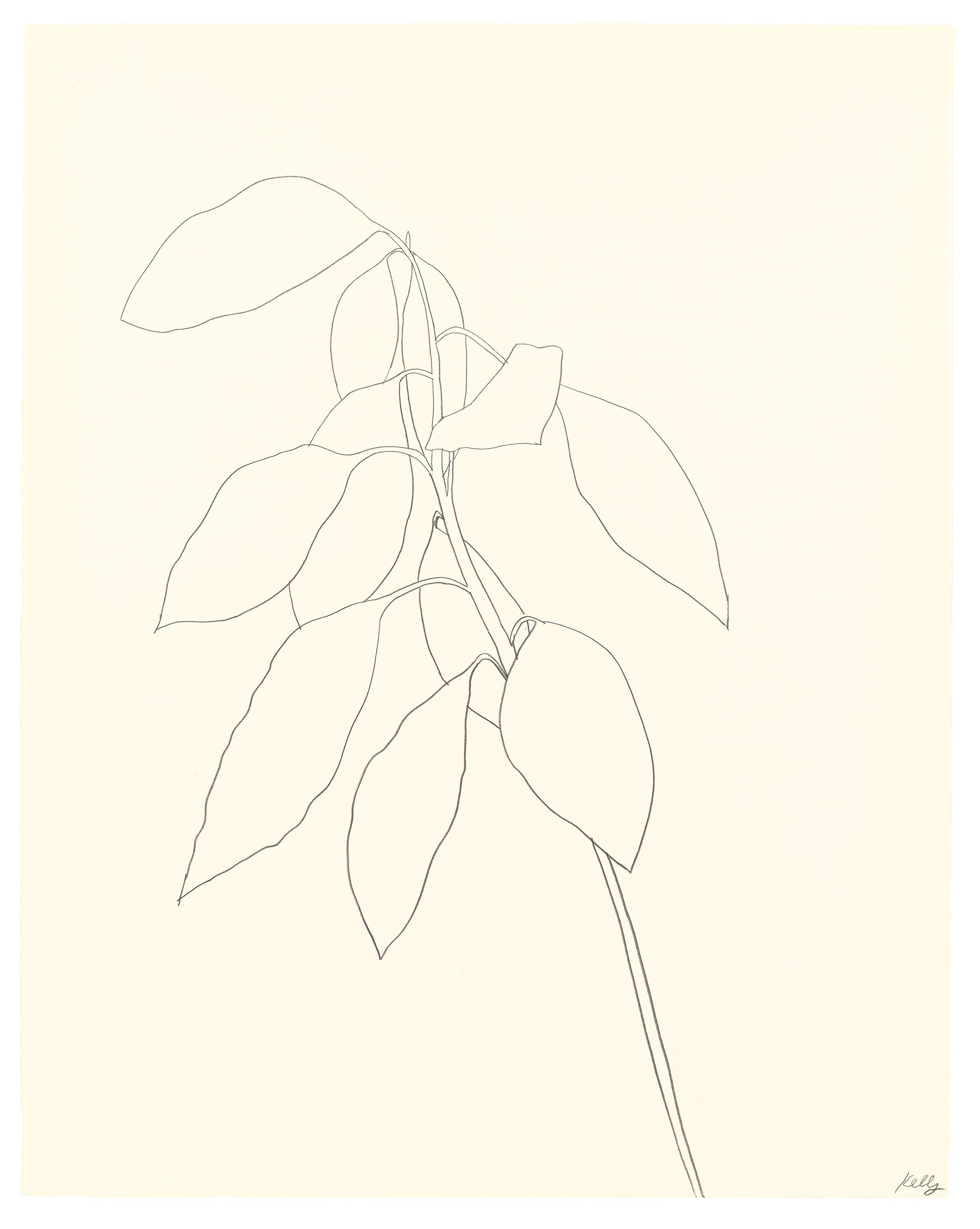 Ellsworth Kelly is one of the most important figures in the history of modern art. His inventive practices as an abstract painter and sculptor were accompanied by a lifelong passion for objective drawing. Through his persistent interest in the perception of the natural world, the artist created an impressive and truly unique body of work.

Kelly was born in 1923 in Newburgh, New York and raised in Pennsylvania and New Jersey. From 1948-1954, the artist lived in Paris, before he returned to his birthplace New York. In 1970, he moved into his studio in Chatham, New York and purchased a home in nearby Spencertown, where he lived with his long-time partner, the photographer Jack Shear, until the end of his life. Ellsworth Kelly died in 2015.

Major solo exhibitions have been dedicated to the artist by renowned institutions such as The Museum of Modern Art (1973), The Metropolitan Museum of Art (1979), The Whitney Museum of American Art (1982), and the Solomon R. Guggenheim Museum, New York (1996).

In 2002, his plant drawings were shown alongside those of Henri Matisse, whom Kelly had long admired, at the Musée national d’art moderne, Centre Pompidou, Paris. A major retrospective of his plant drawings took place in 2011 at the Pinakothek der Moderne, Munich and traveled in the same year to the Louisiana Museum of Modern Art, Humlebæk, Denmark, and The Metropolitan Museum of Art, New York.

Kelly’s works are owned by the major artistic institutions of Western Europe and America, including the Reina Sofia, Madrid; the Tate Modern, London; the Centre Pompidou, Paris; the Museum of Modern Art, New York; the National Gallery of Art, Washington, D.C., and many others. Additionally, he created numerous important artworks for public spaces. During his lifetime, Kelly was honored with several awards, including the Praemium Imperiale award for painting, which he received in 2000 from the Japan Art Association, the title of Commandeur des Arts des Lettres, which he received in 2009 by the French government and, in 2013, the National Medal of Arts, presented by President Barack Obama.