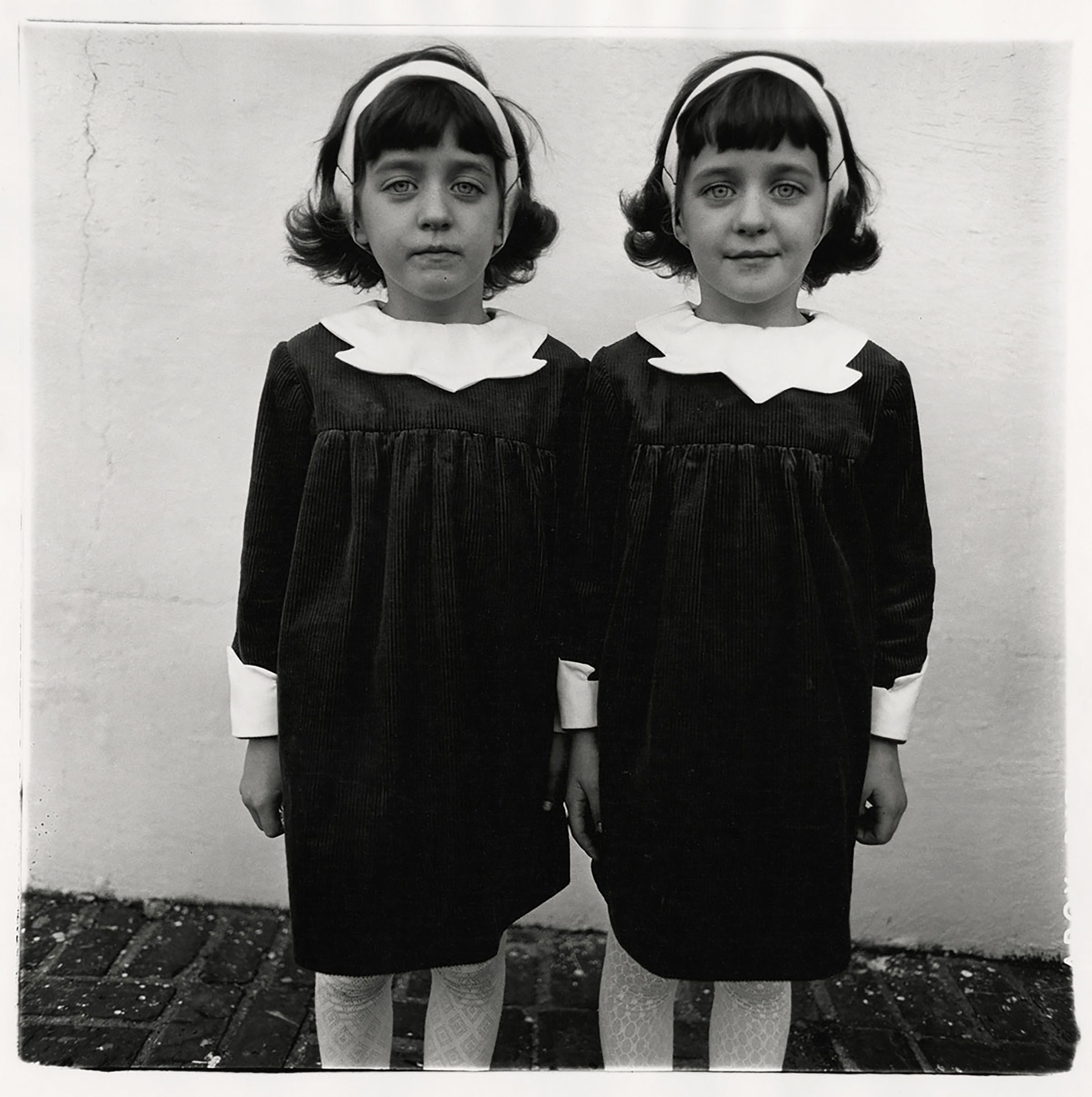 When Diane Arbus (b. 1923, New York, New York; d. 1971) died, she was at the top of a career that had taken her from relative success as a fashion photographer in the 1950s to becoming one of the most esteemed contemporary art photographers of her time. She gained legendary status shortly after her death. The prevalent understanding of Arbus’s works as a form of biographical documentary can be ascribed to the status documentary photography gained in an American context through the endorsement of John Szarkowski (1925-2007), and his work as Director of the Photography Department at MoMA.

Arbus got her start with commercial photography, but stopped taking fashion photographs in 1956, and continued her career as an independent photographer in genres such as photojournalism, reportage and portraiture. By working with a conceptual approach to photography with predetermined parameters for each image, Arbus deviates from the impulsive snapshot aesthetic of her time. The random cutting of frames that gave the impression of an authentic and brute reality, typical amongst street photography, which continued to influence Arbus’s photographic practice. She replaced her small format camera and 35-millimetre films with large-format cameras such as Rolleiflex, Mamiya and Pentax around 1962. As a consequence, her compositions became quadratic rather than rectangular, which contributed to underline the strict, almost iconic quality of many of her photographs.

Diane Arbus was the the subject of a major survey at The Metropolitan Museum of Art in 2017, which toured to the San Francisco Museum of Modern Art. The exhibition set out to redefine the artist’s work and featured more than 100 of her photographs. In 2003, Arbus’s work received renewed attention through the exhibition Diane Arbus: Revelations held at San Francisco Museum of Modern Art. The show was later shown at The Metropolitan Museum of Art in New York and toured until 2006. The Arbus Estate endorsed the exhibition and contributed material that had not previously been shown. In 2007, The Estate of Diane Arbus donated her archive to The Metropolitan Museum of Art. A retrospective exhibition of Arbus’s work, entitled Diane Arbus, was organised by Szarkowski and on view at MoMA in the autumn of 1972. The exhibition was an enormous success was seen by seven million people as it toured the United States until 1975. The publishing house Aperture published the book Diane Arbus in 1972, which included a selection of quotes and photographs by Arbus. At the same time, the exhibition Diane Arbus: Retrospective, curated by Doon Arbus and Marvin Israel, toured internationally between 1973 and 1979. The exhibitions, publications and reception in the period 1967-73 have to a large extent moulded the later reception of her photography.