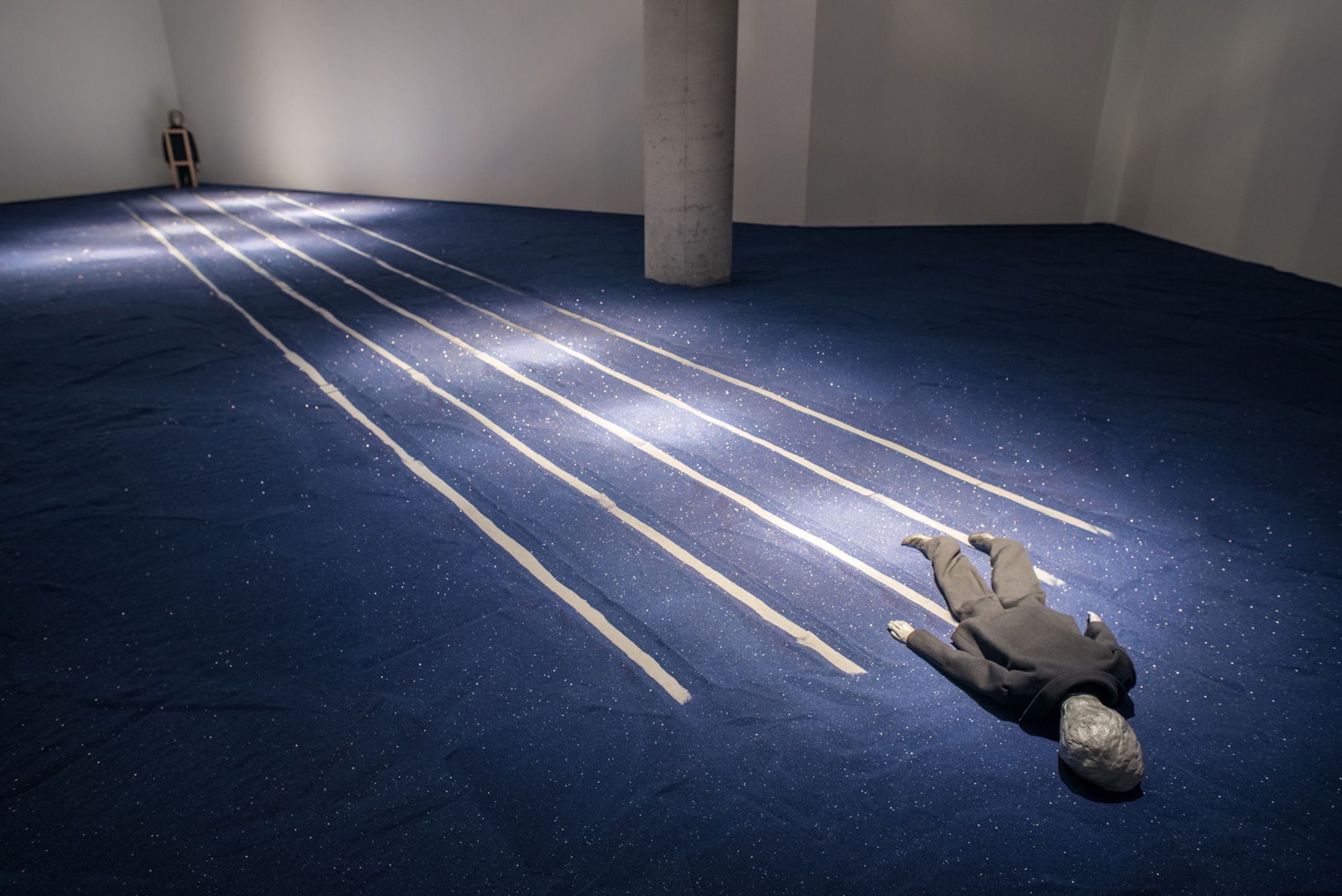 Dennis Oppenheim (American, September 6, 1938–January 21, 2011) was a conceptual artist, earth artist, sculptor, photographer, and performance artist, who was instrumental in the Performance Art and early Land Art movements. Oppenheim was born in Electric City, WA, and earned his Bachelor of Fine Arts degree from the California College of Arts and Crafts in Oakland, CA, in 1964. Oppenheim went on to study at Stanford University in Palo Alto, CA, where he earned his Masters of Fine Arts in 1965.

In 1966, the artist relocated to New York, where he taught nursery school and high school art. During this time, he worked to prepare for his first exhibition, which took place in 1968. Oppenheim also participated in the exhibit Earthworks in 1968 at the Dwan Gallery in New York, along with such artists as Michael Heizer (American, b.1944), Robert Smithson (American, 1938–1973), and Robert Morris (American, b.1931). In 1968, he became fast friends with Vito Acconci (American, b.1940) and began to work in body art, producing such works as Reading Position for Second Degree Burn (1970).

By the early 1970s, Oppenheim was among the artists who combined video and film with their performances. One of his solo exhibitions took place at the Musée d’Art Moderne de la Ville de Paris in 1979. By the early 1980s, he had started to work on his machine pieces, which were immediately followed by the transformation of everyday object in art. By the 1990s, Oppenheim was commissioned to create large public pieces in many major cities all over the world. He received fellowships from both the Guggenheim Foundation and the National Endowment for the Arts, and was included in the Johannesburg Biennale and the Venice Biennale in 1997. The Vancouver Sculpture Biennale recognized him for Lifetime Achievement in 2007. Oppenheim’s final work was Swarm (2011), which is located on the campus of Norwalk Community College in Norwalk, CT. The swarm of birds consists of tinted cast acrylic birds on rolled stainless steel frames with a misting system. Oppenheim died of liver cancer in 2011.