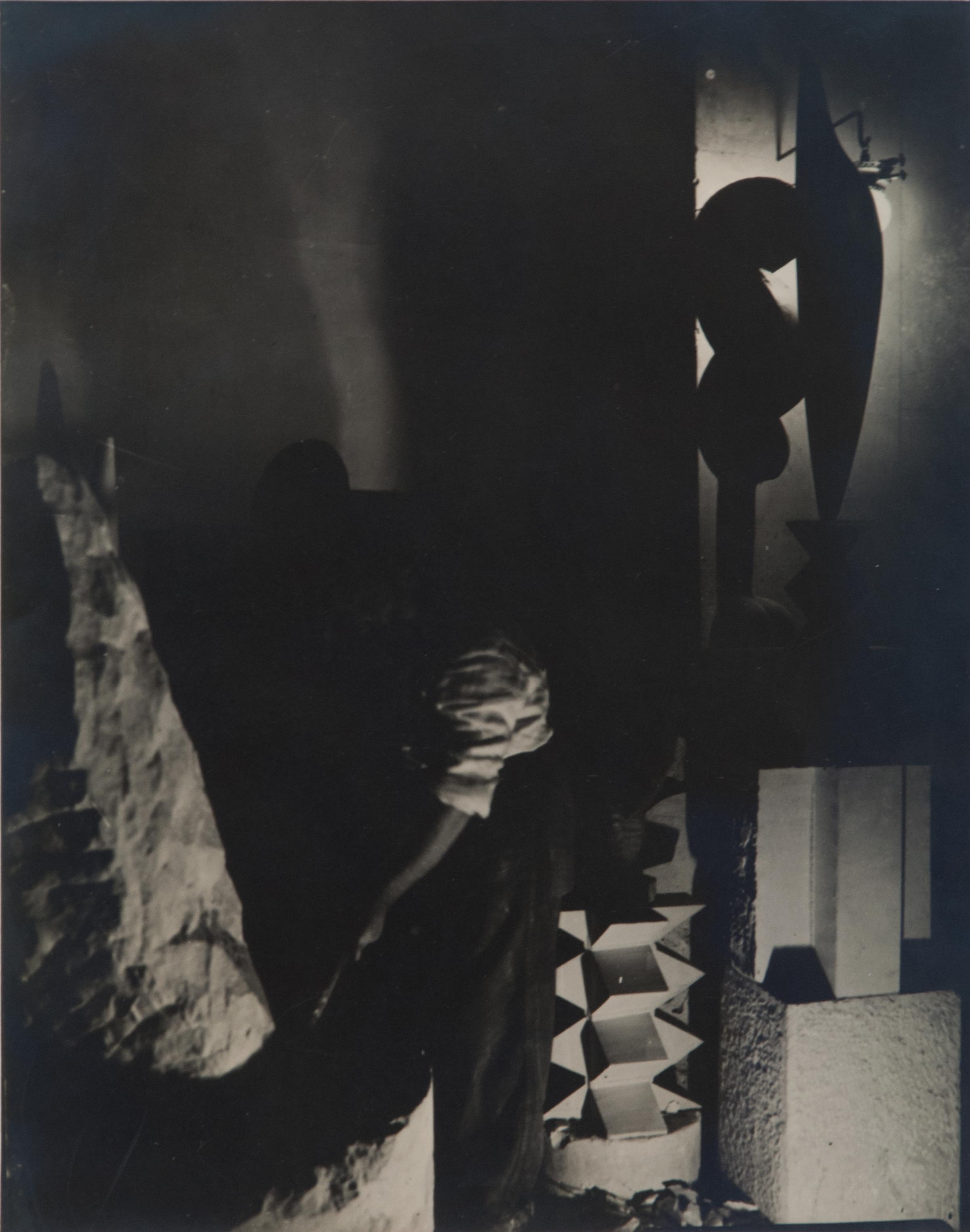 Romanian-born sculptor Constantin Brâncuși (b. 1876, Hobita, Romania; d. 1957) pioneered the extreme simplification of forms. He was born in Hobitza, a village in Romania, and studied at Craiova School of Arts and Crafts, which is where he learned how to carve stone and wood. He began making wooden furniture before going on to study sculpture at the National School of Fine Arts in Bucharest between 1898 and 1902. He set out for Paris on foot in 1903 and continued his studies at the École des Beaux-Arts in 1905-07.

Brâncuși began to photograph systematically at the end of World War I. From 1905 until the mid-1920s, the artist gradually incorporated photography into a very organic, changeable working process, where it occupied a shifting, but highly creative, position.

To Brâncuși, photography was thus an integral part of his artistic practice from an early stage on and one, which became his total artistic expression from the middle and towards the end of his life. Brâncuși’s photographs clarify how he saw his work and wanted it to be seen; they also show something of his working process. But the photographs’ distinctive emotional tenor, orchestration of form, and exploration with the photographic medium, qualify them as art in their own right. Assembling and reassembling his sculptures for the camera, Brâncuși transformed each unique work into multiples, which he termed groupe mobiles.

Constantin Brâncuși’s work has been admired since the 1970s. His photographs have been shown at the Kestnergesellschaft in Hannover (der schein | glanz, glamour, illusion, August 23 – November 17, 2013), Centre Pompidou (Brâncuși: Images, Film sans fin Photographie, June 29 – September 12, 2011) and as a central part of the group show The Original Copy: Photography of Sculpture 1839 to Today, at the Museum of Modern Art, New York, (August 1 – November 1, 2010). The crowded studio views, with their complexes of overlapping sculptures and chunks of material, as well as their emphatic use of light and shadow, justify the critic and photographer John Coplans’s 1980 view of the photographs as a kind of Cubism, a style antithetical to the compressed, single wholeness of Brâncuși’s sculpture.