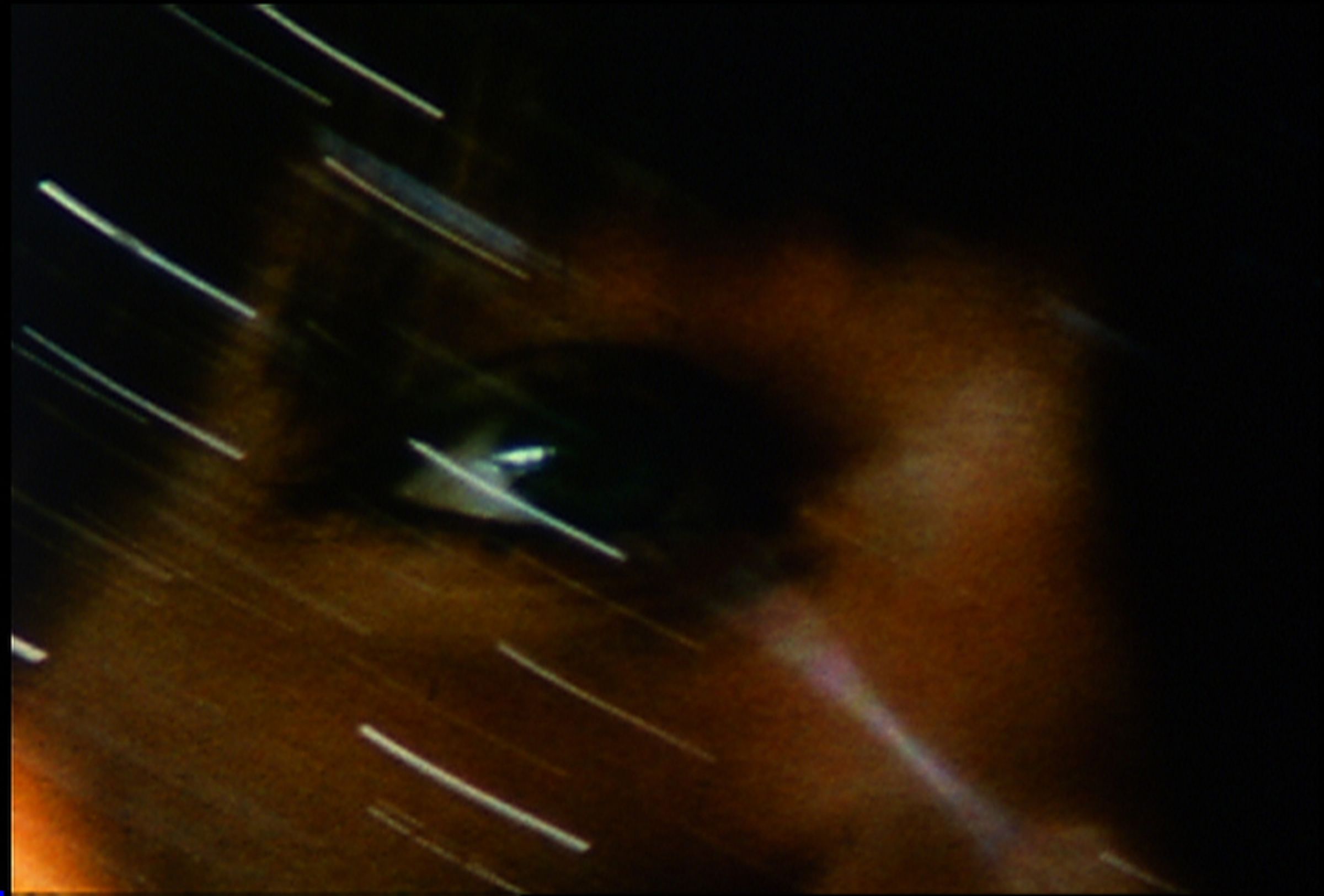 Bruce Conner (b. 1938, McPherson, Kansas; d. 2008) worked with a variety of media throughout his career. In his early collages, he used found objects from landfills, the streets, and abandoned apartments, which became the fundamentals of his sculptural and “paper” collages. It was amongst other with these collages that Conner so quickly established himself as one of the leading artists on San Francisco’s art scene. His work with collage, his use of an compilation of found objects, in addition to his fragmented artistic expression, has been central to Conner’s works in general, but is particularly pertinent in his films.

Conner attracted great interest with his first film A MOVIE (1958). Today, the film is considered a core work, both in Conner’s oeuvre and within the larger context of art film. His innovative approach to film as a medium was one of the reasons why he so quickly established a firm grip around the field, and why he was counted as its leading creator.

But the continuous recognition and importance his works with film have achieved is due to more than his ground-breaking technique. The significant role the films have played must be seen in relation to the films’ content, their aesthetic expression, and their capacity to move and entertain their beholder. Several of Conner’s films have a critical undertone directed at the political arena, social relations, and the meaning of popular culture in society. Many os his films can be concurrently be characterised as contemplative, poetic, and almost meditative.

Conner continued to produce films until the end of his life, parallel to his work with other media. This comes to underline the central importance his films have in his artistic output. His last film, EASTER MORNING, was finished in 2008, the year in which he died. The film is made up of a series of clips taken from an earlier unfinished project EASTER MORNING RAGA (1966). The film is composed of a series of clips that show images of plants, the San Francisco cityscape and surroundings, a woman in an apartment, and other abstracted pictures. The images change rapidly, in concurrence with the experimental minimalist composer Terry Riley’s “In C” performed with traditional Chinese instruments by the Shanghai Film Orchestra. Riley and Conner worked together on several of Conner’s films, amongst them LOOKING FOR MUSHROOMS (1959-67), which similarly to EASTER MORNING, refers to the trancelike state one may experience with the use of hallucinogenic substances.