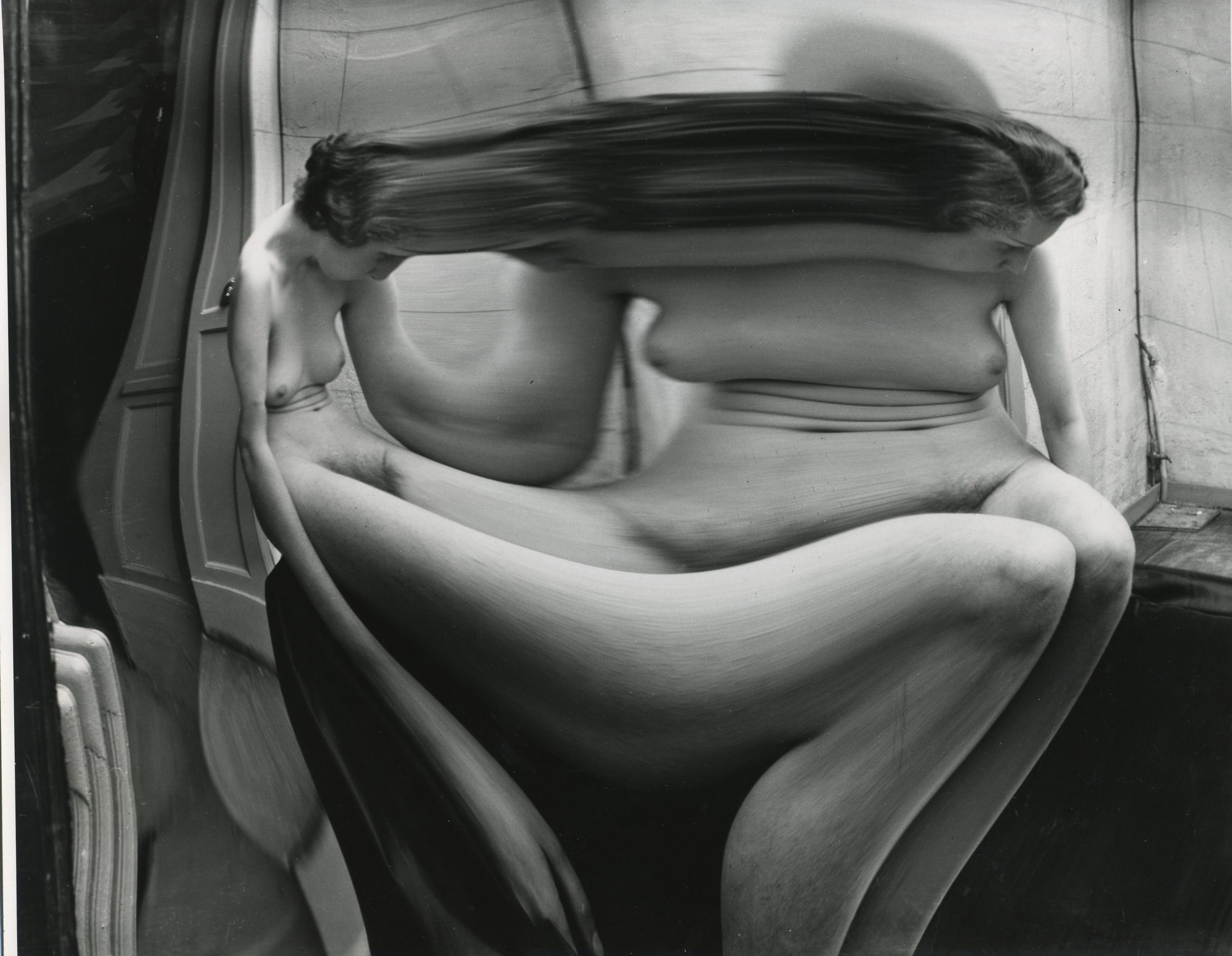 André Kertész’s (b. 1894, Budapest, Hungary; d. 1885) career as a photographer, and the photographs he has made since 1933, have held a key position in art history. Kertész was born in Budapest in 1894 by Hungarian-Jewish origin. He studied at the economic school in Budapest, where he was a diploma student in 1912, the same year in which he got his first camera and he began to photograph with his younger brother.

In 1925, Kertész left Budapest for a three-month residence in Paris, but remained there until 1936. Here he regularly published his work in major journals depicting Paris as the capital of modern life. He made photo portraits on widely different themes, from depictions of artists’ studios to parishes in Paris, his images often combining with elements of experimental graphic design. The genre Kertész helped develop referred to in the literature as a photographic essay that gave Kertész fundamental impetus to photographers such as Brassaï, Henri Cartier-Bresson and Robert Capa. Kertész moved to New York in 1936.

By the time Kertész passed away in 1985, his work was honored by artists and photographers, collected by major museums and galleries and studied by scholars. One of his first major exhibitions was In 1964, when John Szarkowski organized an exhibition of Kertész at the Museum of Modern Art. In the following decade he exhibited throughout the world; in Tokyo, Stockholm, Budapest, London, Helsinki. In 1976 he was appointed Commander of Arts et Lettres and in 1983 Légion d’honneur. In 1977 he had an exhibition at Center Georges-Pompidou. In 1984 he transferred all his negatives and correspondence to the French state. The archives are managed by the Mission du Patrimoine Photographique in Paris, now a department of Jeu de Paume; www.jeudepaume.org/. In New York, he founded the foundation of “The André and Elizabeth Kertész Foundation.” Throughout the exhibition “André Kertész of Paris and New York” shown at the Art Institute of Chicago and the Metropolitan Museum of Art New York in 1984, his important historical position was consolidated. In recent times, the exhibition André Kertész of the National Gallery of Art in Washington and the Los Angeles County Museum of Arts in 2005, with the accompanying publication, is the most important event and the beginning of a renewed international interest and publication of his works.